Ray now Owner and President of Ray Williams Associates, a private company based in Vancouver, B.C., providing personal and executive mentoring and professional speaking services to clients internationally. He is also known as one of Canada’s top CEO Coaches.

Ray Williams was born in a Prisoner of War Camp as a prisoner of the Japanese in World War II in Hong Kong. His family spent almost 4 years in Stanley Camp. This experience of extreme adversity had a great influence on Ray and his understanding of what it takes to persevere, survive, be successful and be happy.

Ray spent much of his childhood in Hong Kong and Australia and moved to Vancouver, Canada at the age of 6.  He attended public school in Vancouver and went on to get his B.A., M.A. and worked towards a Ph.D. at the University of British Columbia, studying English, Psychology and History.

Ray began his professional career as a high school teacher, and quickly moved on to become a District Curriculum Coordinator, Secondary School Principal, Director of Human Resources and Superintendent of Schools.  Ray took early retirement from the education business and established a management consulting firm, providing services to clients in Canada and the U.S. During this time Ray also served as Executive Vice President of Premier Career Management Group in Vancouver.

Find the right fit for you

Whether you are a corporate executive, business owner or professional, you’ve probably searched the Internet for coaching services at some time because you ae facing challenges at work or home or want to move up to a higher level of success or happiness.

Or you feel stuck, not knowing what you want, fearful of the future, or you are not living in alignment with your values, inner truth and purpose in life. Or you are unsatisfied with your relationship but don’t know how to make lasting changes...

Many employees, managers and executives, attempting to navigate the rough waters of career advancement, or wanting to advance their already successful career, discover a personal leadership coach can serve an important and constructive role. There are many circumstances in which coaching can be of benefit.

Ray is well-known as one of the most effective and innovative executive coaches in the country. His passion and energy is infectious, motivating and encouraging. He has a no-nonsense style in which he advises, challenges, provokes, guides and pushes his clients. Ray possesses great insight and knowledge, which he is able to convey clearly and with enthusiasm...

Mentoring, particularly in its traditional sense, enables an individual to follow in the path of an older and wiser colleague who can pass on knowledge, experience and open doors to otherwise out-of-reach opportunities. Here are some characteristics of the mentor coaching:

Some of Ray's Clients 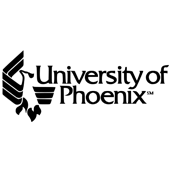