Do Good Looks (Beauty) Give You an Advantage? 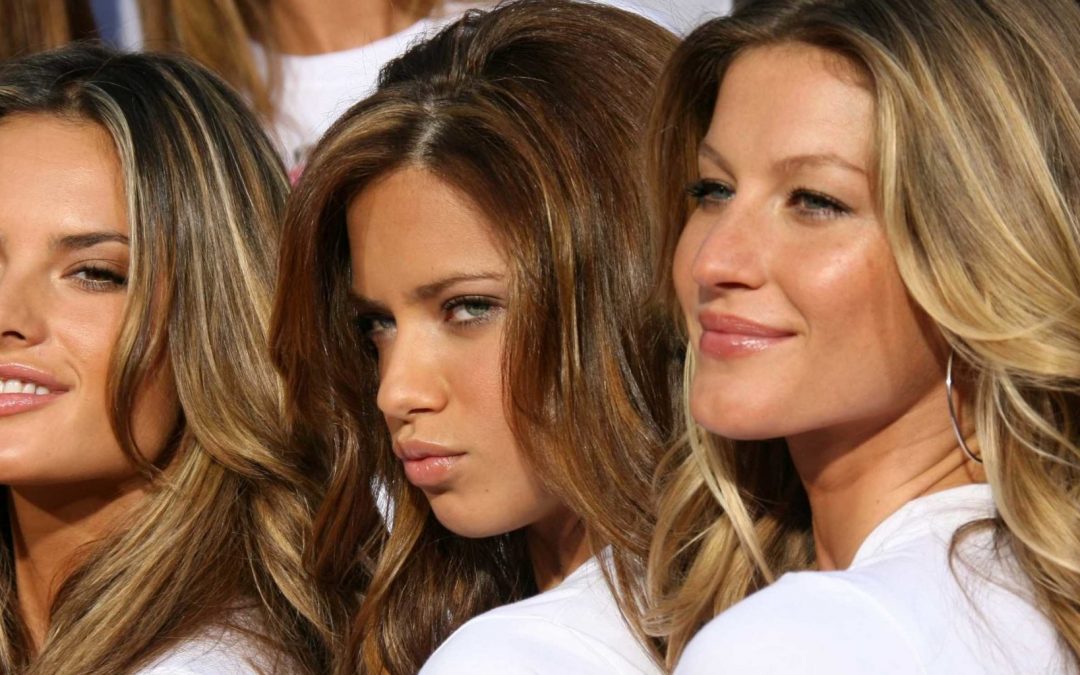 Does one’s physical attractiveness have a positive or negative impact on life? Does it give you an advantage when it comes to finding a mate, getting good grades in school, getting a job or being more successful in life? Is beauty in the eye of the beholder? What does the research tell us? And while most of us would prefer a world where you are not judged solely by your appearance, should we admit the reality of that’s the way things are.

Is There a Definitive View of Beauty?

The dictionary defines beauty as“the quality or aggregate of qualities in a person or thing that gives pleasure to the senses or pleasurably exalts the mind or spirit.”

The earliest Western theory of beauty can be found in the works of early Greek philosophers from the pre-Socratic period, such as Pythagoras. The Pythagorean school saw a strong connection between mathematics and beauty. In particular, they noted that objects proportioned according to the golden ratio seemed more attractive. Ancient Greek architecture is based on this view of symmetry and proportion.

Thus physical attractiveness can be seen as the degree to which a person’s physical features are considered aesthetically pleasing or beautiful . The term often implies sexual attractiveness or desirability, but can also be distinct from either. There are many factors which influence one person’s attraction to another, with physical aspects being one of them. Physical attraction itself includes universal perceptions common to all human cultures, as well as aspects that are culturally and socially dependent, along with individual subjective preferences.

Evolutionary psychologists have tried to answer why individuals who are more physically attractive should also, on average, be more intelligent, and have put forward the notion that both general intelligence and physical attractiveness may be indicators of underlying genetic fitness. A person’s physical characteristics can signal cues to fertility and health, with statistical modelling studies showing that the facial shape variables that reflect aspects of physiological health, including body fat and blood pressure, also influence observers’ perceptions of health. Attending to these factors increases reproductive success, furthering the representation of one’s genes in the population.

Most studies of the brain activations associated with the perception of attractiveness show photographs of faces to their participants and let them or a comparable group of people rate the attractiveness of these faces. Such studies consistently find that activity in certain parts of the orbitofrontal cortex increases with increasing attractiveness of faces. This neural response has been interpreted as a reaction on the rewarding nature of attractiveness, as similar increases in activation in the medial orbitofrontal cortex can be seen in response to smiling facesand to statements of morally good actions. While most of these studies have not assessed participants of both genders or homosexual individuals, evidence from one study including male and female hetero- and homosexual individuals indicate that some of the aforementioned increases in brain activity are restricted to images of faces of the gender participants feel sexually attracted to.

With regard to brain activation related to the perception of attractive bodies, one study with heterosexual participants suggests that activity in the nucleus accumbens and the anterior cingulate cortex increases with increasing attractiveness. The same study finds that for faces and bodies alike, the medial part of the orbitofrontal cortex responds with greater activity to both very attractive and very unattractive pictures.

Across cultures, what is beautiful is assumed to be good; attractive people are assumed to be more extroverted, popular, and happy. This could lead to a self-fulfilling prophecy, as, from a young age, attractive people receive more attention that helps them develop these characteristics. In one study, beautiful people were found to be generally happier than less beautiful or plain people, perhaps because these outgoing personality traits are linked to happiness, or perhaps because beauty led to increased economic benefits which partially explained the increased happiness.

Beauty is not subjective according to several research studies.  Contrary to popular belief, men and women generally agree on who is and who is not physically attractive, even across different cultures.

What makes someone physically attractive or “beautiful”? 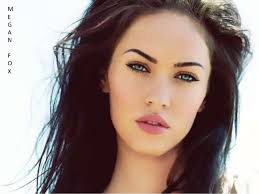 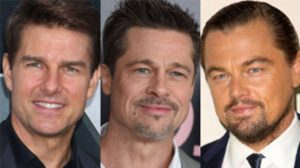 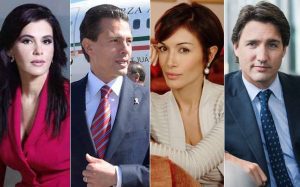 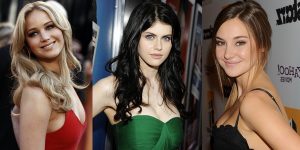 Other Studies That Examined the Impact of Physical Attractiveness 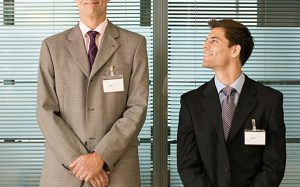 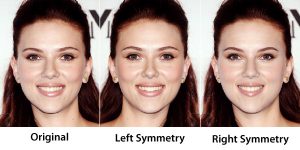 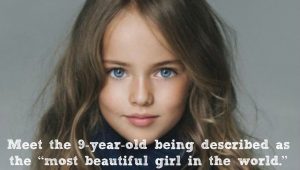 Daniel Hamermesh, author of Beauty Pays: Why Attractive People Are More Successful, argues the belief that attractiveness is subjective is a myth: “Beauty is in the eye of the beholder,” Hamermesh writes, “but most beholders view beauty similarly.” Hamermesh also argues that unattractive individuals are “disadvantage,” in the same way those might be physically disabled or lacking intelligence, and therefore are vulnerable to discrimination. So during a recession such as we have been experiencing, attractive people will have a better chance of keeping of finding a job, and securing credit than less attractive people, he contends. This creates legal issues, he says, for less attractive people to sue for compensation for potential loss of earnings.

Hamermesh contends his research shows that attractive people charm interviewers, get hired and promoted faster, are more likely to make more sales and get paid better. You would think that the importance of attractiveness depends on the type of occupation—for example, being an actor, entertainer or broadcaster. But Hamermesh says it applies to all occupations, but more in some than others.

Not all the research is in agreement.

Elliot Anderson, a social psychologist at Stanford University who believes self-fulfilling prophesy—in which a person’s confident self-perception, further perpetuated by healthy feedback from others—plays a role in success.

There are other detractors and critics of the cited research. There is no evidence that these results are actually favored in evolutionary terms, argues Adam Eyre-Walker from the Center for the Study of Evolution at the University of Sussex, contending that it may be instead the influence of culture: “We are taught to look upon tall men and small women as desirable, he says. So our preference for attractive people has been culturally created and is not hard-wired in the human species.”

“When you look at attractive people, your expectations go way up,” says Rick Wilson, the Rice University political scientist who led the study. “When they send less than you expect, you think, ‘Geez, what a snob,’ and you refuse to reward them with as much. We called this a beauty penalty.”

Wilson, who conducted his study on students at three U.S. universities, believes this phenomenon could extend to the political world. But it’s just one example of the suite of trust issues the beautiful-is-good stereotype raises. While past research shows visually appealing job candidates enjoy a clear advantage over equally qualified but less attractive rivals, it also suggests the lookers wind up paying a price after winning their positions. “We expect greater things from these people than we do from others,” notes Patzer. “When they don’t live up to our hopes, we take it out on them.” Women, in particular, have a paradoxical relationship with their best-looking peers: a U.S. study published in 1984 suggests that the better-looking a woman is, the more egocentric other females perceive her to be, even though they find her to be socially desirable. Research done five years ago in Israel found attractive women—though assumed by female peers to be independent and concerned for others—reported their own values to be socially conformist and self-promoting.

Psychologists have also begun to uncover the dark side of being beautiful:

Newsweek surveyed 202 corporate hiring managers, from human-resources staff to senior-level vice presidents, as well as 964 members of the public, only to confirm what no qualified (or unqualified) employee wants to admit: from hiring to office politics to promotions, even, looking good is no longer something we can dismiss as frivolous or vain.

Fifty-seven percent of hiring managers told Newsweek that qualified but unattractive candidates are likely to have a harder time landing a job, while more than half advised spending as much time and money on “making sure they look attractive” as on perfecting a résumé. When it comes to women, apparently, flaunting our assets works: 61 percent of managers (the majority of them men) said it would be an advantage for a woman to wear clothing showing off her figure at work. Asked to rank employee attributes in order of importance, meanwhile, managers placed looks above education: of nine character traits, it came in third, below experience (No. 1) and confidence (No. 2) but above “where a candidate went to school” (No. 4). Does that mean you should drop out of Harvard and invest in a nose job? Probably not. But a state school might be just as marketable. “This is the new reality of the job market,” says one New York recruiter, who asked to have her name withheld because she advises job candidates for a living. “It’s better to be average and good- looking than brilliant and unattractive.”

There are various forces to blame for much of this, from an economy that allows pickiness to a plastic-surgery industry that encourages superficial notions of beauty. In reality, it’s a confluence of cultural forces that has left us clutching, desperately, to an ever-evolving beauty ideal. Today’s young workers were reared on the kind of reality TV and pop culture that screams, again and again, that everything is a candidate for upgrade. We’ve watched bodies transformed on Extreme Makeover, faces taken apart and pieced back together on I Want a Famous Face. We compare ourselves with the airbrushed images in advertisements and magazines, and read surveys—like this one—that confirm our worst fears. We are a culture more sexualized than ever, with technology that’s made it easier than ever to “better” ourselves, warping our standards for what’s normal. Plastic surgery used to be for the rich and famous; today we’ve leveled the playing field with cheap boob jobs, tummy tucks, and outpatient procedures you can get on your lunch break. Where that leads us is running to stand still: taught that good looks are no longer a gift but a ceaseless pursuit.

Whether we like it or not, and whether it’s less a case of cause and effect than correlation, in Western culture, which is highly influenced by media and advertising, research shows beauty matters; it pervades our society and how we choose our leaders, our loved ones and friends, bosses and co-workers. On the other hand, making judgments and decisions about people in terms of relationships, hiring, promotion and compensation solely based upon physical attractiveness—or even being influenced by it—is clearly discriminatory and ultimately harmful. The question remains, what is to be done about it? 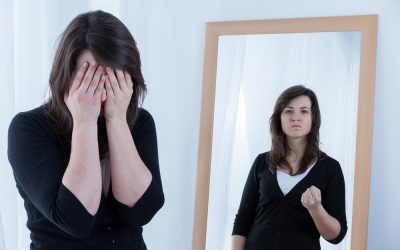 Self-Criticism or Self-Compassion: Which Works Best?

By Ray Williams October 21, 2020     “I’ll never get that promotion/job. I screwed up again. I should/shouldn’t have…(fill in the blanks). We frequently hear people verbalize these types of self-critiques to their friends, families and even strangers online. Or you... 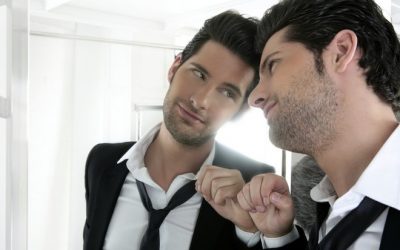 Our Obsession with Narcissistic Leaders When Humble Leaders are Better

Americans are obsessed with narcissistic leaders, or at least they have an ambivalence between the ones they like and the ones they promote. 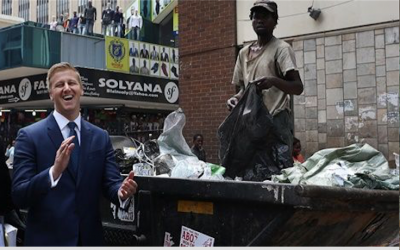 How COVID-19 Has Fuelled Economic Inequality

Rising economic inequality is threatening not only economic progress but also the democratic political system in the U.S. 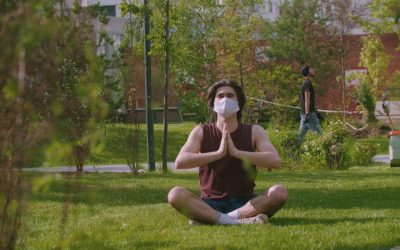 How Mindfulness Can Build Resilience

By Ray Williams October 9, 2020    “Fall down seven times, get up eight.”—Japanese Proverb   A virus pandemic. Climate change disasters. Racial and ethnic conflicts. Economic inequality. Democracy in decline. The world appears to be in disarray, and a connected... 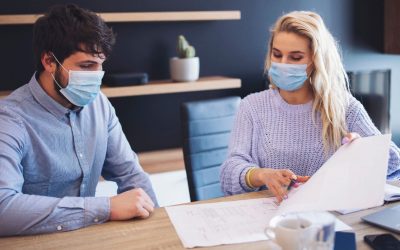 By Ray Williams October 8, 2020   Performance measurement systems have proliferated in the past 20 years, with executives in both the private and public sectors relying on performance metrics for promotion, compensation, strategic planning, and decision-making to... 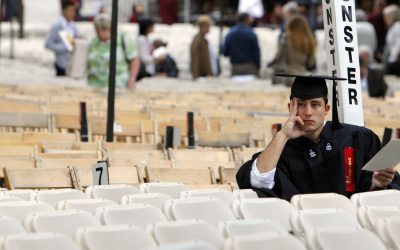