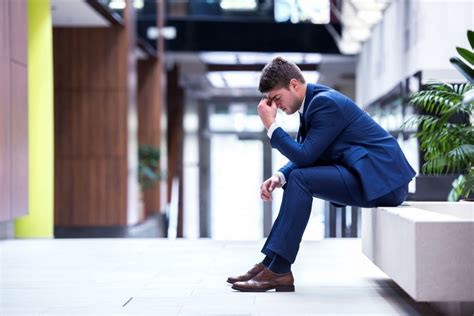 Does happiness have a price? There is no better-researched or more potent component of happiness than social connections, therefore one way to investigate this issue is to ask whether money may be used to purchase those components.

There is no simple solution, even for the subject of how money affects social connections. According to two recent research, those with greater salaries spend less time socializing, while those with lower incomes report feeling less lonely. What exactly is happening here?

In the first study, published in Social Psychological and Personality Science, researchers Emily C. Bianchi and colleagues from Emory University and the University of Minnesota focused on questions concerning annual household income and social behaviour in survey responses from approximately 120,000 Americans. Their findings indicated that, on average, those with higher incomes spent more time alone and less time interacting with others. Those with greater incomes also spent less time with their families and more time with friends when they did socialize.

Among its probable meanings? People with greater wealth devote their social time to more deliberate—possibly even strategic—relationships since they are less likely to rely on family for financial or logistical help. Could those with higher incomes put “family commitments” second to social gatherings or business networking? That point is not addressed in this study, nor is the relative significance of relationships with friends versus family to overall satisfaction. Most people would agree that spending more time with family or friends will likely result in deeper, more genuine connections, lower chances of feeling lonely, and more benefits to happiness.

The second study by Maike Luhmann and Louise Hawkley published in Developmental Psychology focused on loneliness, which is thought to be the polar opposite of being loved and having a sense of belonging and is associated with lower levels of happiness. “A perceived mismatch between wanted and real social relationships; a perceived lack of control over the number and especially the quality of one’s social engagement,” is how the researchers describe loneliness.

Their findings, which used survey data from roughly 16,000 German individuals, depict a varying life course for loneliness, with noteworthy peaks around 35 and 60, and then an upward trend thereafter. Other factors, such as the frequency of social interactions, marital status, or the number of friends, were unable to account for this pattern of loneliness; regardless of whether they had an equal number of friends, 65-year-olds reported feeling more loneliness than 45-year-olds did. Income, on the other hand, stood up as a solid inverse predictor of loneliness. Regardless of other living conditions, a higher income was consistently linked to a reduced self-rated level of loneliness.

From this study, it’s dangerously simple to conclude that more is always better. A person should get less lonely as their wealth rises because lower income was associated with higher levels of loneliness.

However, the majority of mental phenomena have a U-shaped distribution, with similar (usually undesired) effects at both extremes and an ideal range in between. Do very wealthy people avoid having meaningful connections with their loved ones, friends, and strangers, even though others with very low incomes do not have the time or resources to do so? Is there a sweet spot for money that promotes happiness, reduces stress, and encourages social connection? Is there a point at which having more money stops making you want to socialize? All of these are issues that require more investigation.

When combined, these findings reveal the counterintuitive finding that while persons with higher incomes spend less time socializing, they report feeling less lonely.

To make sense of this, we might start by looking at wealth and power studies, which demonstrate that having more privilege—whether acquired through hard work or given to you in a lab experiment—is linked to a more solitary, reclusive personality. Given that powerful individuals prefer to exert control over and devalue others, and that loneliness is defined in terms of “control” and “desired quality and quantity,” perhaps self-rated loneliness among the wealthy is doomed to decline. I’m not lonely—I’m just not very interested in connecting with people. This drop, however, doesn’t chart the actual strength or abundance of social ties.

Richard Easterlin highlighted in 1974 that although per-capita GDP was expected to climb consistently, national happiness levels plateaued in the middle of the 1960s despite this. Since then, scholars have examined large data to document patterns going both ways: Income does predict happiness (Justin Wolfers), but not above $75,000 per year (Easterlin again). Income does predict happiness, but not beyond $75,000 per year (Nobel Prize winner Daniel Kahneman).

The majority concur that when circumstances are bad, money is helpful. Having some money is very helpful if you are concerned about getting enough food, heat, or shelter. But what occurs when those stressors are handled?

Large survey research frequently relies on people’s intuitive understanding of what happiness is by simply asking them to rate their level of happiness on a scale from “not at all happy” to “extremely happy,” and then analyses the results to look for factors that predict high levels of happiness. But considering the happiness and what it means to be happy in greater depth has the potential to bring clarity.

According to Sonja Lyubomirsky, a happiness expert, happiness is, for instance, “the experience of joy, contentment, or positive well-being, mixed with a sense that one’s life is good, significant, and valuable.” (Notice that happiness is more than just being free from stress; life-threatening stress does affect happiness.) Once happiness has been defined, researchers can explore traits and situations that influence or shape happiness, including social relationships in a big way. Then, like in the two studies mentioned above, we can investigate the relationship between income and those traits and conditions

The wise constantly say that love is all you need to be happy and that money cannot purchase it. Contrary to what the mainstream media and ostentatious ideologies like Objectivism and Machiavellianism would have you believe, you should work hard to amass the largest personal riches possible and protect them at all costs. What do the studies reveal?

People who describe themselves as “extremely happy” always have close relationships with others. These findings’ seeming paradox—that wealthier people spend less time socializing but report feeling less lonely—justifies more research into the relationship between material prosperity, social connectedness, and happiness. 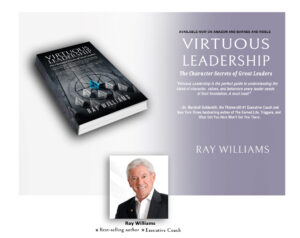