Can the Pursuit of Happiness Make You Unhappy? 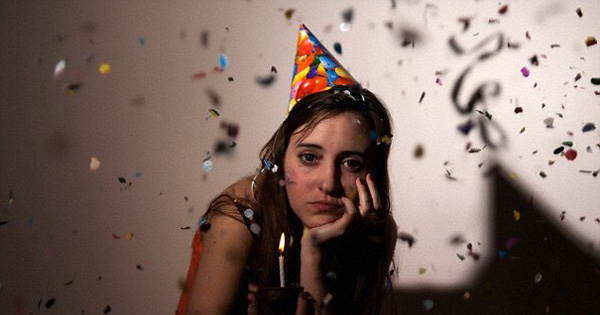 We all like to feel happy. But it doesn’t come automatically. It takes time and effort. New research indicates that people who pursue happiness often feel like they do not have enough time and paradoxically this makes them feel unhappy.

Aekyoung Kim of Rutgers University and Sam Maglio of the University of Toronto have investigated this effect in their research published  in the journal Psychonomic Bulletin & Review.

Kim and Maglio conducted four studies in which they investigated how pursuing happiness and the state of being happy had an impact on peoples’ perception of time.

Their main conclusion was that pursuing happiness caused the participants to think of time as scarce.

In their studies, some participants were either instructed to list things that would make them happier or asked to try to make themselves feel happy while watching a dull movie about building bridges, thus demonstrating happiness as goal.

In another study participants were asked to think of a goal that was already accomplished achieved by watching a slapstick comedy (rather than the bridge movie) or listing items showing that they are already happy. Then both sets of participants reported howmuch free time they felt they had.

The researchers’ main findings showed that a person’s perception of time scarcity is influenced by their pursuit of  happiness but hadn’t achieved it yet. The feeling that time was scarce lessened for participants who maintained that they had attained their goal of being happy to some degree.

According to Kim and Maglio, the findings imply that while happiness can impair positive emotions, it need not necessarily do so. Instead, if someone believes theyhave achieved happiness, they are left with the time to appreciate this–for instance by keeping a gratitude journal. The research further emphasizes that people have different concepts about happiness, which in turn may well influence how they perceive the time they have to achieve happiness.

“Because engaging in experiences and savoring the associated feelings requires more time compared with merely, for instance, buying material goods, feeling a lack of time also leads people to prefer material possessions rather than enjoying leisure experiences,” the Kim and Maglio reported.

They also say that feeling pressed for time often also makes people less willing to spend time helping others or volunteering. “By encouraging people to worry less about pursuing happiness as a never-ending goal, successful interventions might just end up giving them more time and, in turn, more happiness.”

The two researchers believe that given the influence that time availability has on people’s decision-making and well-being, it remains essential to understand when, why, and how they perceive and use their time differently in their pursuit of happiness versus other goals.