Embrace Your Bad Moods: They Can Be Good for You 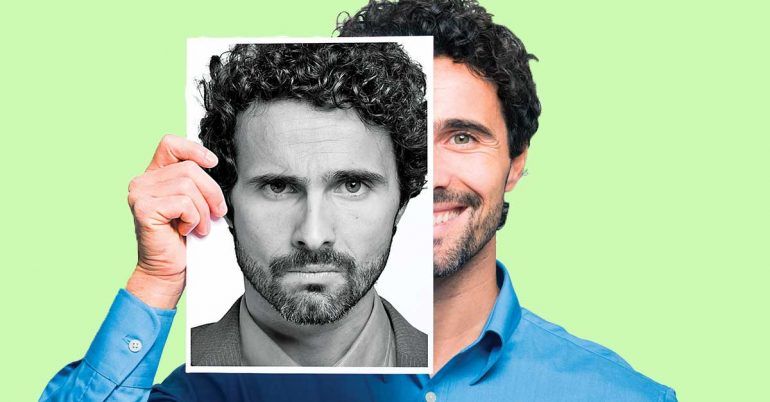 Generally speaking, being in a bad mood isn’t just no fun, it also isn’t good for you — people who feel negative emotions like anger, anxiety and sadness a lot of the time tend to have poorer social lives and suffer worse physical health in the long run, suggesting that dark moods take a toll.

In earlier historical times, short spells of feeling sad or moody (known as mild dysphoria) have always been accepted as a normal part of everyday life. In fact, many of the greatest achievements of the human spirit deal with evoking, rehearsing and even cultivating negative feelings.

Greek tragedies exposed and trained audiences to accept and deal with the inevitable misfortune of human life. Shakespeare’s tragedies are classics because they echo this theme. And the works of many great artists such as Beethoven and Chopin in music, or Chekhov and Ibsen in literature explore the landscape of sadness, a theme long recognized as instructive and valuable.

Other philosophers like the Stoics also highlighted the importance of learning to anticipate and accept misfortunes such as loss, sorrow or injustice.

Recent scientific experiments document the benefits of mild bad moods. These often work as automatic, unconscious alarm signals, promoting a more attentive and detailed thinking style. In other words, bad moods help us to be more attentive and focused in difficult situations.

These new scientific studies show that bad moods don’t have an adverse effect on everyone to the same degree. The crucial difference seems to be how much people see that there can be value, meaning and even satisfaction in bad moods — those who appreciate this tend to suffer fewer ill effects from the supposedly darker sides of their psyche.

Further, It is increasingly recognized that being in a good mood all the time, despite some advantages, is not universally desirable.

Intense and enduring sadness, such as depression, is obviously a serious and debilitating disorder. However, mild, temporary bad moods may serve an important and useful adaptive purpose, by helping us to cope with everyday challenges and difficult situations.

These moods also act as a social signal that communicates disengagement and withdrawal from competition and provides a protective cover. When we appear sad or in a bad mood, people often are concerned and are inclined to help.

Some negative moods, such as melancholia and nostalgia (a longing for the past), may even be pleasant and seem to provide useful information to guide future plans and motivation.

Sadness can also enhance empathy, compassion, connectedness and moral and aesthetic sensibility. And sadness has long been a trigger for artistic creativity. 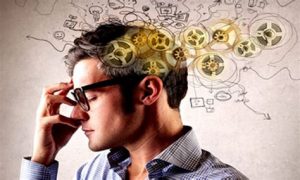 Here are what recent research studies have concluded about bad moods:

The idea of “managing” negative emotions is a complex one. It doesn’t mean avoiding them — avoidance coping is actually a form of coping that attempts to do this, and it can often backfire. It also doesn’t mean letting these negative emotions wreak havoc on your life, your relationships, and your stress levels. Unmanaged anger, for example, can compel us to destroy relationships if we allow it to.

Managing negative emotions is more about embracing the fact that we are feeling them, determining why we are feeling this way, and allowing ourselves to receive the messages that they are sending us before we release them and move forward.

Yes, that statement may sound a little odd, but our emotions are definitely designed to be messengers to tell us something. These messages can be very valuable if we listen.

Managing negative emotions also means not allowing them to overrun us. We can keep them under control without denying that we are feeling them.

In a study of more than 1,300 adults, researchers found that people who regularly try to resist negative emotions may be more likely to experience symptoms of mood disorders months later, compared with subjects who accept such emotions.

Lead study author Brett Ford, an assistant professor of psychology at the University of Toronto in Canada, and colleagues recently reported their findings in the Journal of Personality and Social Psychology.

Previous research has suggested that acceptance — whether it is embracing our good and bad attributes, or accepting the way we look — is associated with better psychological well-being.

For this latest study, Prof. Ford and team sought to determine how acceptance of negative emotions — such as sadness, disappointment, and anger — might influence psychological health.

To reach their findings, the researchers conducted three experiments, the first of which involved 1,003 participants. All subjects completed a survey, in which they were asked to rate how strongly they agreed with certain statements, such as “I tell myself I shouldn’t be feeling the way that I’m feeling.”

The researchers found that participants who had lower agreement with such statements as these — indicating a greater acceptance of negative feelings — showed higher levels of psychological well-being, compared with subjects who attempted to resist negative feelings.

In the second experiment — involving 156 participants — subjects were asked to record a 3-minute speech as part of a mock job application, which they were told would be shown to a panel of judges. The subjects were given 2 minutes to prepare their speech, and they were instructed to promote their relevant skills.

Once the recording was complete, each subject was asked to report how they felt about the task.

The team found that participants who tried to avoid feeling negativity about the task were more likely to experience distress, compared with subjects who embraced any negative feelings.

The third study involved 222 participants. For 2 weeks, each subject was asked to keep a journal to record any bad experiences, as well as their emotions in response to such experiences. Participants were followed-up with a psychological assessment 6 months later.

The researchers found that subjects who reported trying to avoid negative emotions in response to bad experiences were more likely to have symptoms of mood disorders, such as anxiety and depression, 6 months later, compared with those who embraced their negative emotions.

“We found that people who habitually accept their negative emotions experience fewer negative emotions, which adds up to better psychological health,” says senior study author Iris Mauss, an associate professor of psychology at the University of California, Berkeley.

In contrast, a positive mood (like feeling happy) typically serves as a signal indicating familiar and safe situations and results in a less detailed and attentive processing style.

Counteracting the cult of happiness

Feeling sad or in a bad mood helps us to focus better on the situation we find ourselves in, and so increases our ability to monitor and successfully respond to more demanding situations.

These findings suggest the unrelenting pursuit of happiness may often be self-defeating. A more balanced assessment of the costs and benefits of good and bad moods is long overdue.

Read my new book, available on Amazon:Toxic Bosses: Practical Wisdom for Developing Wise, Moral and Ethical Leaders,where I examine in detail the impact that toxic bosses have on employee well-being.