How Walking Improves our Creativity and Cognitive Functioning 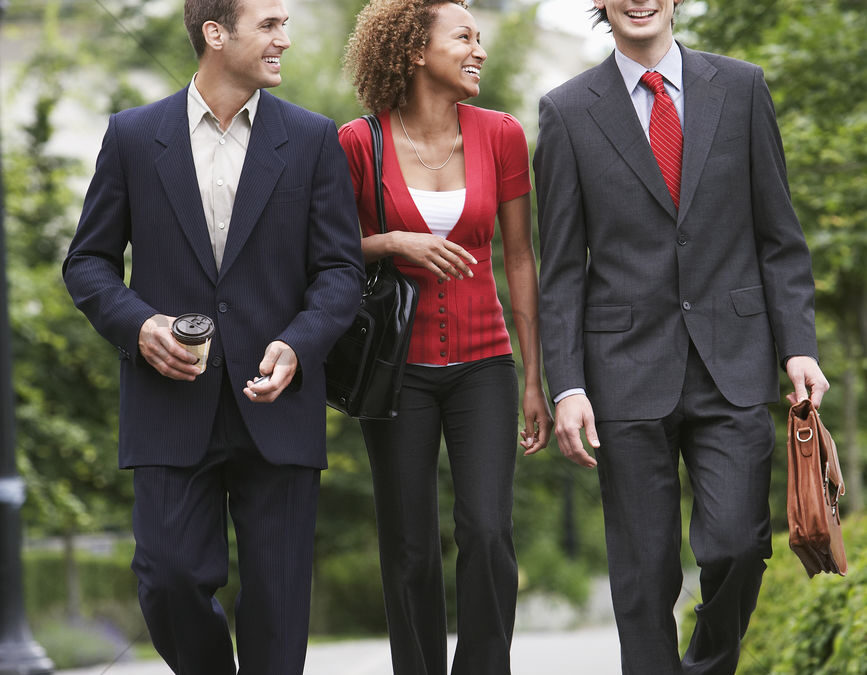 Study 1: We Get Our Most Creative Ideas When Walking

Movement helps us to think creatively. This insight is over 2000 years old — and already known to the philosophers in ancient Greece.

However, what is the connection between movement and cognition from a scientific point of view? What happens in the brain when we walk? Are people who rarely move less creative?

“Our research shows that it is not movement per se that helps us to think more flexibly,” says neuroscientist Dr Barbara Händel from Julius-Maximilians-Universität Würzburg (JMU) in Bavaria, Germany. Instead, the freedom to make self-determined movements is responsible for it.

Accordingly, even small movements while sitting can have the same positive effects on creative thinking. However, the researcher does not derive any concrete movement suggestions from her work: “The important thing is the freedom to move without external constraints.”

Don’t stare at small screens for too long

It is important, she says, that movement is not suppressed or forced into regular patterns. “Unfortunately, this happens when people focus for example on a small screen,” explains the JMU researcher.

The increased use of mobile phones and similar devices — also in the field of education at the time of the Corona pandemic — could therefore have a negative effect on cognitive processes such as creativity.

The experiments that Barbara Händel and her doctoral student Supriya Murali conducted are described in detail in a recent publication in the journal Psychological Research.

How do people perceive their environment? What effect do sensory stimuli have in the peripheral nervous system and what in the brain? What influence do body movements have on perception of sensory input? Researchers like Barbara Händel are interested in such questions for many reasons. In the long term, their findings could contribute to a better understanding of diseases that affect body movements as well as cognitive processes.

From February 2022, the scientist will continue her research at the Neurological Clinic of Würzburg University Hospital. There she plans to focus on the topics of Parkinson’s disease and ADHD.

Barbara Händel’s work is funded by a Starting Grant from the European Research Council (ERC). The ERC awards this 1.5 million euro prize to excellent young researchers.

Study 2: Walking Gives the Brain a “Step-Up” in Function

It has long been thought that when walking is combined with a task — both suffer. Researchers at the Del Monte Institute for Neuroscience at the University of Rochester found that this is not always the case. Some young and healthy people improve performance on cognitive tasks while walking by changing the use of neural resources. However, this does not necessarily mean you should work on a big assignment while walking off that cake from the night before.

“There was no predictor of who would fall into which category before we tested them, we initially thought that everyone would respond similarly,” said Eleni Patelaki, a biomedical engineering Ph.D. student at the University of Rochester School of Medicine and Dentistry in the Frederick J. and Marion A. Schindler Cognitive Neurophysiology Laboratory and first author of the study out now in Cerebral Cortex. “It was surprising that for some of the subjects it was easier for them to do dual-tasking — do more than one task — compared to single-tasking — doing each task separately. This was interesting and unexpected because most studies in the field show that the more tasks that we have to do concurrently the lower our performance gets.”

Improving means changes in the brain

Using the Mobile Brain/Body Imaging system, or MoBI, researchers monitored the brain activity, kinematics and behavior of 26 healthy 18 to 30-year-olds as they looked at a series of images, either while sitting on a chair or walking on a treadmill. Participants were instructed to click a button each time the image changed. If the same image appeared back-to-back participants were asked to not click.

Performance achieved by each participant in this task while sitting was considered their personal behavioral “baseline.” When walking was added to performing the same task, investigators found that different behaviors appeared, with some people performing worse than their sitting baseline — as expected based on previous studies — but also with some others improving compared to their sitting baseline. The electroencephalogram, or EEG, data showed that the 14 participants who improved at the task while walking had a change in frontal brain function which was absent in the 12 participants who did not improve. This brain activity change exhibited by those who improved at the task suggests increased flexibility or efficiency in the brain.

“To the naked eye, there were no differences in our participants. It wasn’t until we started analyzing their behavior and brain activity that we found the surprising difference in the group’s neural signature and what makes them handle complex dual-tasking processes differently,” Patelaki said. “These findings have the potential to be expanded and translated to populations where we know that flexibility of neural resources gets compromised.”

Edward Freedman, Ph.D., associate professor of Neuroscience at the Del Monte Institute led this research that continues to expand how the MoBI is helping neuroscientists discover the mechanisms at work when the brain takes on multiple tasks. His previous work has highlighted the flexibility of a healthy brain, showing the more difficult the task the greater the neurophysiological difference between walking and sitting. “These new findings highlight that the MoBI can show us how the brain responds to walking and how the brain responds to the task,” Freedman said. “This gives us a place to start looking in the brains of older adults, especially healthy ones.”

Expanding this research to older adults could guide scientists to identify a possible marker for ‘super agers’ or people who have a minimal decline in cognitive functions. This marker would be useful in helping better understand what could be going awry in neurodegenerative diseases.

A new study by Stanford researchers found that walking indoors or outdoors similarly boosted creative inspiration. The act of walking itself, and not the environment, was the main factor. Across the board, creativity levels were consistently and significantly higher for those walking compared to those sitting.  The researchers found that on average a person’s creative output increased by 60% when walking versus sitting.

“Many people anecdotally claim they do their best thinking when walking. We finally may be taking a step, or two, toward discovering why,” Oppezzo and Schwartz wrote in the study published in the Journal of Experimental Psychology: Learning, Memory and Cognition. “One of the things our pilot study showed is that converting some of the time you’re at work into a walking meeting is really beneficial to cardiovascular health and, potentially, even to productivity,” Caban-Martinez said.

Study 4: The Benefits of Walking Meetings

Dr. Alberto Caban-Martinez, who helped conduct a walking meeting pilot study for the University of Miami’s Miller School of Medicine published Ju in the U.S. Centers for Disease Control and Prevention’s journal Preventing Chronic Disease.  He reported: “One of the things our pilot study showed is that converting some of the time you’re at work into a walking meeting is really beneficial to cardiovascular health and, potentially, even to productivity.”

A similar study conducted by Hannah E. Kling and colleagues and published in the Journal of Occupational and Environmental Medicine, showed that “walking meetings  positively affected worker mood and productivity and increased occupational physical activity-levels.” 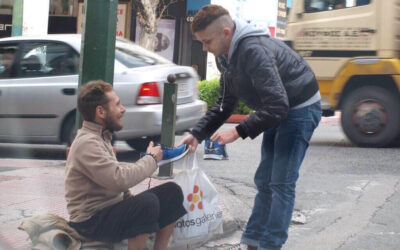