How Whistleblowing is a Critical Part of Organizational Ethics 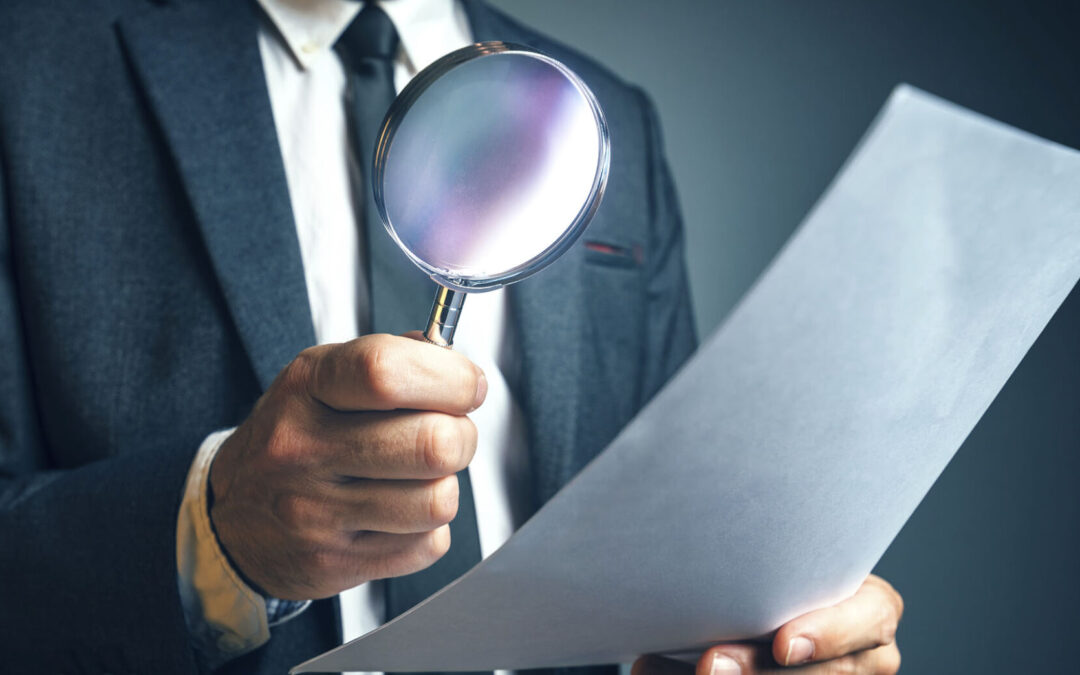 One of the pillars of corporate governance in business and government institutions is whistleblowing. It enables staff members to voluntarily provide sensitive financial information about their employers to fight fraud, which is a serious problem in the U.S. and Canada. Considering that 42% of organizational fraud is reported through tips, it is also highly effective.

The 2018 Global Business Ethics Survey (GBES), Measuring the Impact of Ethics & Compliance Programs, found that 47% of people reported observing misconduct and about 70% reported what they saw to a supervisor. In a previous year of the same research, ECI found that fewer than 1 in 5 (18%) of all employees ever report what they have observed to an outside entity – making them a “whistleblower.” The majority of those people (84%) did so only after having reported internally first. A Forbes report in the United States revealed corporate fines resulting from whistleblowing of three billion dollars in 2014 alone

In society’s struggle to strengthen the civility, ethics and morality of human behavior and not let corruption and dishonesty spread, whistleblowing is a strong force.

In the struggle for transparency and accountability, whistleblowers play an invaluable role. Increasingly, policymakers, media outlets, and many types of civil society organizations recognize the value whistleblowers provide and the need to protect them. Unfortunately, despite increasing efforts in many jurisdictions, whistleblowers still fear retaliation and worry about whether their concerns will be addressed.

What is a Whistleblower?

Although the term “whistleblowing” is widely used, there is no publicly uniform definition. Generally, a whistleblower is understood as someone working for an organization who discloses information that they believe shows evidence that may be illegal, unethical, or could cause harm to others. Any person who discloses serious wrongdoing or other information of public interest should be protected under “whistleblowing” laws and their disclosure properly assessed and investigated.

The Council of Europe, whose stated aim is to uphold human rights, democracy and the rule of law in Europe, defines whistleblowing as “the act of someone reporting a concern or disclosing information on acts and omissions that represent a threat or harm to the public interest that they have come across in the course of their work.”

The term “whistleblower” carries many connotations with it, and in the eyes of some, it has even earned itself a bad reputation. However, whistleblowers are essential to the functioning and safety of an organization and they have the legal right to protection. A whistleblower is an individual, typically an employee, who exposes information or activity within an organization that is deemed illegal, illicit, unsafe, fraudulent, a waste, or abuse of taxpayer funds. Almost anyone with evidence of fraud or misconduct can become a whistleblower, so they do not need to be a current or former employee of the organization engaging in misconduct.

What’s the difference between a whistleblower who goes public and a “leaker?” A leak can be a disclosure of information, usually anonymously, without official authorization, typically made by a person inside an organization to publicize the information. Confusingly, leaks are often made by governments themselves, for a variety of reasons.

While unattributed leaks and anonymous disclosures raise questions about an individual’s motivation—whether it is malicious or to obtain personal or political advantage—it is also an important protective measure. The only way to address this responsibly is to first focus on the message, not the messenger.

Laws protecting whistleblowers have advanced worldwide in the last decade, as many countries now recognize whistleblowers’ role in reducing corruption and improving integrity. According to, there are 30 countries with dedicated whistleblower laws and many more with at least partial legal protections.

According to Anna Myers, executive director of the Whistleblowing International Network, whistleblowing is increasingly seen as an “antidote to secrecy imposed by governments on the grounds of national security, and by the private sector based on their economic interests.”

In the United States, for example, federal whistleblower protection laws have been in place since 1978, and in 2010 all companies listed on the U.S. Stock Exchange were made subject to rules allowing rewards for anonymous disclosures and prohibiting whistleblower retaliation under the Dodd-Frank Act.

The UK, meanwhile, has protected workplace whistleblowing since 1999. Countries like Australia and South Africa have had whistleblower laws in place from 1993 and 2000, respectively. And the European Directive protecting whistleblowers was implemented in all EU member states by the end of 2021.

If corporate fraud or misconduct is going on within your organization, whistleblowers can be a lifesaver. In fact, according to research from the Nations on Occupational Fraud and Abuse, over 35% of fraud cases are reported by whistleblowers.

Herve Stolowy and colleagues conducted a research study in which they conclude “ our study reveals a gap between the legitimacy as fraud-busters of these modern-day Don Quixotes and a popular perception of whistleblowers as traitors or snitches. Our 94-page research article, soon to be published in Contemporary Accounting Research, underlines the whistleblowers’ fragility, the risks they run and the lack of effective legislation protecting them. But our analysis also shows a degree of courage beyond the call of duty: what transpires in the seven stories we analyze is that whistleblowers are not self-interested actors. A sense of morality and altruism guide their actions despite the extreme difficulties they face. For this stance, they were often subject to vilification, ostracism, threats, demotion and/or job dismissal. According to the Ethics & Compliance Initiative (ECI), 53% of employees in the US who report wrongdoing internally face retaliation in the workplace.”

Why Employees Hesitate to Blow the Whistle

Employees hesitate to blow the whistle foremost because they fear retaliation if they speak up; or because they believe the company won’t bother to take corrective action when they do try to speak up.

That’s it. Some other reasons that employees don’t speak up, according to research from Ethisphere, include “lack of anonymity in the reporting process” and “the person who committed the misconduct is a senior executive” — but those are just different ways of saying the employee doesn’t trust the company’s whistleblower process. That’s the obstacle that businesses need to overcome if they want to reap all the benefits of a strong whistleblowing culture.

The price in many organizations for whistleblowing can be high, ranging from being socially ostracized to being fired in retaliation. Making an accusation can indeed transform workplace relationships, but the exact way in which relationships are changed depends on a variety of factors, according to findings by Maurice Schweitzer, Wharton professor of operations, information and decisions, and Jessica A. Kennedy of Vanderbilt University in a study published in Organizational Behavior and Human Decision Processes in 2018.

Despite the ban on retaliating against whistleblowers, blowback happens. A 2014 survey found that less than 10 percent of federal employee whistleblowers were thanked for identifying a problem; a third said they’d been threatened with retaliation or experienced it. Many whistleblowers have learned the hard way about the negative impacts of whistleblowing on their lives and careers.

Accusations, especially those regarding ethical violations, are prevalent in organizations, and an accusation influences perceptions of both the accuser and accused, they report in “Building Trust by Tearing Others Down: When Accusing Others of Unethical Behavior Engenders Trust.”

When organizational members make accusations, the benefits may ripple out to the entire organization by “enforcing norms and promoting ethical behavior,” according to the authors. Ethical conduct stems from the organization setting an ethical tone, “and a culture that tolerates or promotes accusations may guide employees to recognize the high costs of engaging in unethical behavior.”

Why Whistleblowers are Critical for Organizational Integrity

Contrary to conventional wisdom businesses should foster a strong ethical culture as a means of combating fraud, not distrust management. One of the main strategies for accomplishing this is a strong code of conduct.

Simply having a code of conduct can significantly prevent fraud in businesses. Companies that have a corporate code of conduct lose 50% less money to fraud than companies without one, according to the 2020 Report to the Nations by the Association of Certified Fraud Examiners.

Every employee must abide by a set of rules and guidelines known as a code of conduct. All personnel in the organization, including high management, should be included.

And if course, a code of conduct, like many company vision statements can remain in binders on the shelf if not enforced.

Ethical leadership is an important factor in influencing a worker’s decision on whether to report an ethical transgression, but so is behavior from another source: coworkers. Employees look for social cues on whether to blow the whistle, find the authors of “Encouraging Employees to Report Unethical Conduct Internally: It Takes a Village,” published in Organizational Behavior and Human Decision Processes in 2013. Because formal or informal sanctions can come from either supervisors or coworkers, “if employees perceive that either their supervisor or peers are less ethical, they will be less likely to report unethical conduct internally,” the study finds.

In my book Virtuous Leadership: The Character Secrets of Great Leaders I provide other concrete steps organizations can take to install and maintain an ethical culture. Underpinning these suggestions is the current need for us to focus on good character and virtuous behaviors when it comes to the selection and promotion of leaders.