Here’s a great summary in BPS Research Digest by Christian Jarret at the British Psychological Society.

Jarret says “As human beings, there’s no avoiding feeling sad – as R.E.M. put it “everybody cries, and everybody hurts sometimes”. We usually think of this as an unpleasant state, and for those of us who want to minimise our miserable moods as much as possible, the internet is bursting with tips on how to be happier. But with this post, I wanted to take a different approach, to explore the benefits, if any, of embracing your low moods. I’m not talking about serious, debilitating depression, but more mundane, moderate levels of moodiness. In short, I looked for any psychology research that shows the potential upsides to feeling a little bit down. Here are ten studies I found:”

1. Bad moods can be motivating (when they’re followed by good moods)
A 2011 study that assessed software developers twice a day for 55 days found that the most engaged with their work in the afternoon were those who’d switched from a bad mood to a positive one, as compared with those who were happy all day or fed up all day. The finding is consistent with what’s known as the “affective shift model” of work engagement. “We think it is of benefit to understand and accept that negative mood and negative events, such as crises, conflicts, and errors, are integral and unavoidable aspects of human action at work,” the researchers said. “In the absence of negative experiences, people will perceive less necessity to act and show lower levels of work engagement.”

2. Embrace your bad moods and they won’t do you harm
For a study published , researchers interviewed 365 German participants about their attitudes to negative and positive emotions, and about their mental and physical health. The researchers then monitored the participants’ mood states over a three-week period using their smart phones. The links between people’s frequency of bad moods and negative outcomes (in terms of mental and physical health) varied depending on the attitudes they held toward negative emotion. Those participants who had negative attitudes toward bad moods tended to pay the usual price: the more negative moods they experienced, the poorer their mental and physical health, both in the moment and longer term (for example, based on their number of health complaints). However, among the participants who had a more positive attitude toward bad moods, these links were mostly reduced, or in some cases even absent completely.

3. There’s a good chance you’ll feel better after having a proper cry
Giving yourself a chance to wallow in your sadness can sometimes be cathartic, at least in the short term. That was the message from a study published in 2011, in which 97 female undergrads completed a crying diary for between 40 and 73 days. Most often, mood after crying was reported as unchanged (60.8 per cent), but 30 per cent of tearful sessions were associated with a positive mood change, with only 8.8 per cent leading to a deterioration in mood. More intense (but not longer) crying episodes were associated with more positive mood outcomes, as were crying episodes that followed a feeling of inadequacy and that triggered a positive change in the situation. Also, crying in the company of one other person was associated more often with positive mood change than was crying alone or crying in the company of multiple people.

4. You’re more persuasive when you’re sad
For this research released in 2007, participants were provoked into happy or sad moods by watching short films, either featuring comedy or a person dying from illness. Next, they had to write down arguments to persuade someone to change their mind about a controversial issue, such as student fees or Aboriginal land rights in Australia. Across several studies testing variants of this set up, sad people produced more effective messages than happy people, and what’s more, their arguments were more persuasive. The effect seemed to be due to the fact that sad people produced more concrete and specific arguments than happy people.

5. Mild depression may come with enhanced empathy
Depressed people are normally thought of as being somewhat disengaged from the rest of the world, but in 2005 psychologists at Queen’s University in Canada found that mildly depressed students actually had a heightened ability to detect other people’s emotions from photos that showed only the eye region of their face. Unfortunately, this “advantage” could backfire. The researchers said ultra sensitivity to other people’s emotions could cause problems for individuals prone to depression – “by being more sensitive, dysphoric and depressed individuals have more opportunities to deploy their negative biases in interpreting fleeting emotional reactions,” they said.

6. Being in a grump probably won’t affect your mental performance
For a study published, researchers had participants complete similar versions of the same mental tests for five consecutive days, including memory and processing speed. Each day before the tests, the participants also completed comprehensive measures of their mood. The participants mood and mental performance fluctuated over the course of the study, but crucially the two were not linked – in other words, there was no evidence that being in a bad mood was associated with performing more poorly on the mental tests.

7. Sad leaders encourage an analytical thinking style
In this research from 2013, business students received task instructions and encouragement from a manager who spoke to them via video link. The wording of the leader’s guidance was the same for all students, but some of them watched the manager deliver his advice in a happy mood, while the others watched him while he was in a sad mood. After the video, those students who’d watched the happy manager excelled at a creative task (coming up with ideas of what you can do with a glass of water), but meanwhile the students who had the sad manager excelled at sudoku puzzles, used as a measure of analytical thinking.

8. Feeling sad makes you less prone to misleading information
For research conducted in 2005, participants looked at pictures of a car crash. About an hour later, they recalled either happy or sad events from their lives, which had the effect of putting them in a happy or sad mood. Next, they answered questions about the car crash, some of which were misleading, such as “did you see the fireman holding a fire hose?” (in fact there was no fire hose). The key finding is that sad participants were less often mislead by this kind of false information than happy participants. The researchers said their results were consistent with other findings showing that “negative moods often promote a more accommodating, externally oriented and piecemeal information processing style that often results in more accurate and less distorted judgments and inferences.”

9. You’re less gullible when you’re feeling down
Being sad also makes us less gullible and better at detecting lies, according to a study published in 2008. Participants were provoked into happy or sad moods by watching suitably themed films. Next, they watched videos of people lying or telling the truth about whether they’d stolen a movie ticket from someone’s room. The sad participants were more skeptical in general in their response to these videos, and they were better at detecting when the people in the videos were lying. “Our findings may also help to highlight the potentially beneficial effects of negative mood and the possible undesirable consequences of good mood in some circumstances,” the researchers said. “The cognitive benefits of negative affect can be understood in terms of the more accommodative, externally oriented processing style it induces,” they added.

10. Bad moods are part of a meaningful life
They say only a fool can be happy. That might be overstating it, but an American survey published in 2013 did find that people who rated their lives as more meaningful also tended to report experiencing more stress, anxiety and worry. The researchers, led by Roy Baumeister, concluded that the highly meaningful but relatively unhappy life has “received relatively little attention and even less respect” to date. “But people who sacrifice their personal pleasures in order to participate constructively in society may make substantial contributions,” they said.  “Cultivating and encouraging such people despite their unhappiness could be a goal worthy of positive psychology.” 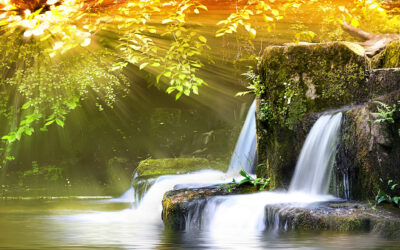