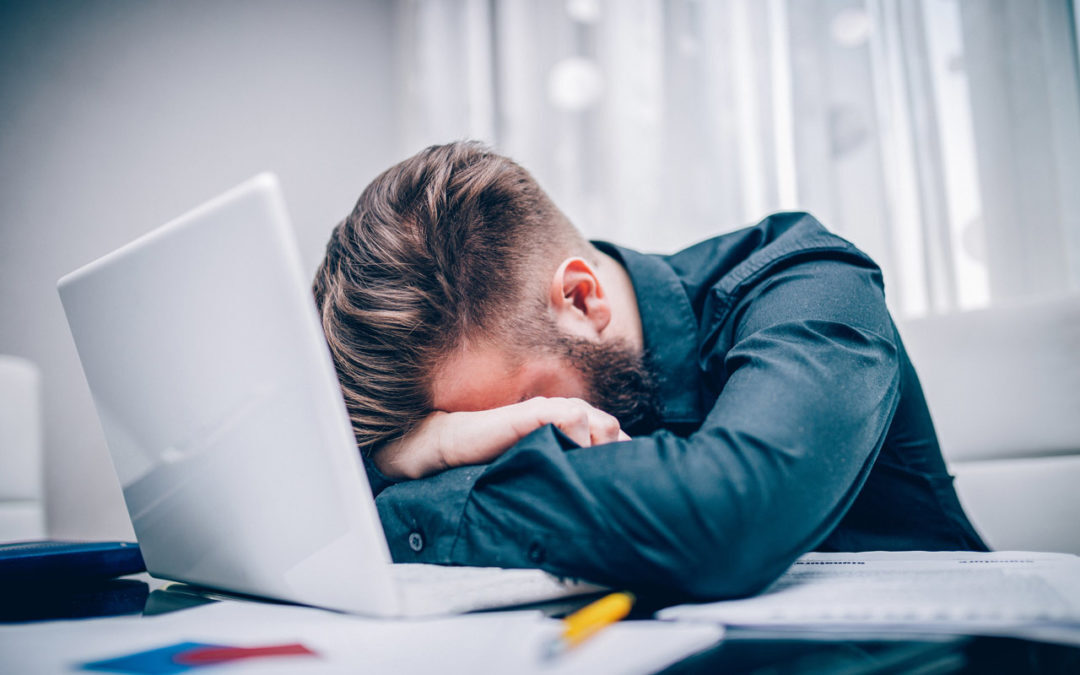 There are several widespread fallacies about productivity, according to neuroscientist Dean Burnett, author of the best-selling books  , The Idiot Brain, and The Happy Brain as well as the well-liked Guardian Science blog “Brain Flapping.”

Myth 1: Your job should make you happy.

Many people believe that happiness and productivity go hand in hand. In other words, you’ll be more productive if you’re happier.

Again, this makes sense. We frequently have an innate need to do things that make us happy and feel good, and to stay away from things that make us feel bad. Additionally, a study by Andrew J. Oswald and colleagues that was published in the Journal of Labor Economics shows that contented employees produce about 12% more. So, if you have 100 employees and they’re all content, you’ll have 112 employees’ worth of productivity at no extra expense! Therefore, it is not surprising that employee satisfaction has become such a top priority for many businesses.

The simplistic but enduring notion that “happiness = productivity” ignores a wealth of information indicating the contrary. For instance, according to another research study, employees who are always cheerful at work may not be as productive as they may be. During trying times, they are more likely to become overstressed; they are more easily worn out (continuous enjoyment is tiring), and they may even be more greedy.

Negative emotions are not always harmful and do have a function for us, as long as they don’t persist or become crippling. According to a Mark R. Greer study that appeared in the journal Transportation Research,employee attentiveness during a crisis moment benefited from dread. There are motivating dimensions to anger, according to a study by Eddie Harmon-Jones and colleagues that was published in the International Handbook of Anger. In addition, Francesca Gino showed how stress at work might “really be advantageous to performance” in an article for Harvard Business Review.

Additionally, encouraging people to be cheerful by giving them tips on how to be productive or by requiring “service with a smile” from employers frequently backfires. According to a study by Paul Dolan, published in his book Happiness By Design, it’s more difficult for people to be happy if they think they have to be. You stop enjoying it when your pastime turns into a job.

This relates to the problem of “Toxic Positivity,” which maintains that people should always be joyful and that it is only their responsibility to be so (because we can all choose our emotional state, apparently). This can swiftly result in the complete opposite result. Even if being joyful increases productivity, attempting to force this result may backfire.

Myth 2: Getting up at 4 am to begin your work will increase your productivity

It’s frequently asserted that rising early will increase your productivity. really early In a 2016 Wall Street Journalstory, it was stated that the most prosperous (and thusly productive) individuals often rise at 4 am.

It makes sense in certain ways. You’ll be more productive, for example, if you’re up when everyone else is still asleep since they won’t disturb you.

But there are a lot of reasons why getting up at 4 in the morning can be deliberately counterproductive. One significant one is biological; sleep is essential for our capacity to operate, and depriving oneself of it has more negative effects than positive ones. Adults need seven to nine hours of sleep per night on average to be healthy. Less rapidly has detrimental implications on health, impairing concentration, mood, memory, stress tolerance, and more. When you force yourself to get up at four in the morning, you lose sleep and become less effective.

Some people who are naturally “early risers” seem to be able to get away with it. However, it’s possible that such people shouldn’t be revered. According to a National Sleep Foundation study, those who routinely sleep beyond the recommended range may be displaying indicators of major health issues or, if they choose to do so voluntarily, may be endangering their health and welfare. According to another study, sleeping significantly fewer hours than the recommended amount can result in sizable sleep debt and be detrimental to your health.

Overall, waking up early may have some benefits for productivity, but they are easily outweighed by the negative effects of sleep deprivation.

Myth 3: Being busy equates to being productive

You should “look busy” when your employer walks into the office because if you aren’t clearly working on a number of projects, you aren’t being productive.

Many people automatically assume that the only way to be truly productive is to be preoccupied all the time. It supports the idea that time wasted is time not spent doing something. It’s common to look up to and celebrate those who take on multiple responsibilities and tasks at once as the productive ideal. However, science presents a totally different picture.

In actuality, multitasking or “task switching” actually reduces productivity, as has long been known. Despite its impressive capabilities, the human brain has limited capacity for attention and working memory, which are our capacities for focusing on and thinking about things.

Both of these are necessary for completing activities successfully and productively, so if you place too many demands on your attention and working memory at once, you risk impairing your capacity to do even the simplest tasks.

This may therefore have a negative impact on other people’s productivity. Everyone has seen an increase in workload as a result of a co-worker’s poor performance, forcing others to clean up their mess (and if you haven’t, I’ve got terrible news for you).

However, even if you manage to manage an enormous workload smoothly and effectively, this becomes harmful, as increasingly more examples of office burnout demonstrate.

Furthermore, recent research on shorter workweeks and shorter workdays has demonstrated that production has not suffered as a result. It has risen in some instances.

Myth 4: The key to success is hard work.

Work hard and you will succeed if you want to be productive and achieve something. since perseverance always pays off.

Many people have embraced this mantra. Unfortunately, the reality is not always that predictable. As much as we might want to think otherwise, luck will ultimately be the most important component when many people are working equally hard toward the same goals, according to a study by psychologist Scott Barry Kaufman in his article in Scientific American. Unfortunately, encouraging people to be lucky is not as effective as encouraging them to work hard.

It is useless to tell individuals that their efforts will inevitably result in success and the results they desire. The ratio of work to reward is important to our brains. Our subconscious mechanisms are continually evaluating a task’s workload and the likelihood of success in order to determine if it is worthwhile. Additionally, stress and negative feelings are brought on when the effort we put in is not appreciated as we had hoped. This is due to the fact that in modern occupations, the person putting in the work is frequently cut off from the final result.

Why do people still think that working hard always pays off in light of all of this? Perhaps as a result of what psychologists Melvin Lerner and Dale Miller explain in their article in Psychological Bulletin as the “just-world hypothesis,” a cognitive bias in which we believe that the world is a just place where good deeds are rewarded and bad deeds are punished. It would also explain why successful people, who frequently provide productivity tips, assert that they are completely responsible for their achievement.

Numerous studies have revealed that parents’ help and belonging to the upper middle or upper class—qualities that are absent from the lives of the impoverished and less fortunate—were key factors in the success of many billionaires and extremely successful persons.

Myth 5: Everyone has the same amount of time—24 hours—to be productive

The most prosperous individuals work 24-hour days just like everyone else. This insight is included in a lot of “tips” on boosting productivity. It’s implied that you, the less successful individual, could accomplish the same things as them if you just managed your time more effectively. This is probably intended to inspire you to work harder.

Many people have disputed this assertion. Yes, we all have a 24 hour experience. But each person’s capacity for making efficient use of those hours varies greatly.

The context is crucial. Someone who works evenings to support their studies during the day will not be able to use their time as “productively” as, say, someone who was born a rich thanks to their father’s successful diamond mine. Hypothetically.

The influence of traditional gender stereotypes and other detrimental elements is another issue. In the end, it’s far simpler to use time effectively when you have the funds and resources, or dependable people taking care of the “unproductive” demands of daily life. And most folks don’t have these items.

Additionally, it is illogical to expect someone to be productive for the entire 24 hours. The significance of a healthy work-life balance for happiness (and hence retaining productivity) has been underlined by psychology numerous times. ‘Being productive’ during every waking hour directly undermines this.

The assertion that “we all share the same 24 hours” purposefully minimizes the reality that few people have the choice to utilize that time 100% productively.