“Once a Meanie, Always a Meanie?” Are Babies and Toddlers Able to Make Moral Judgments? 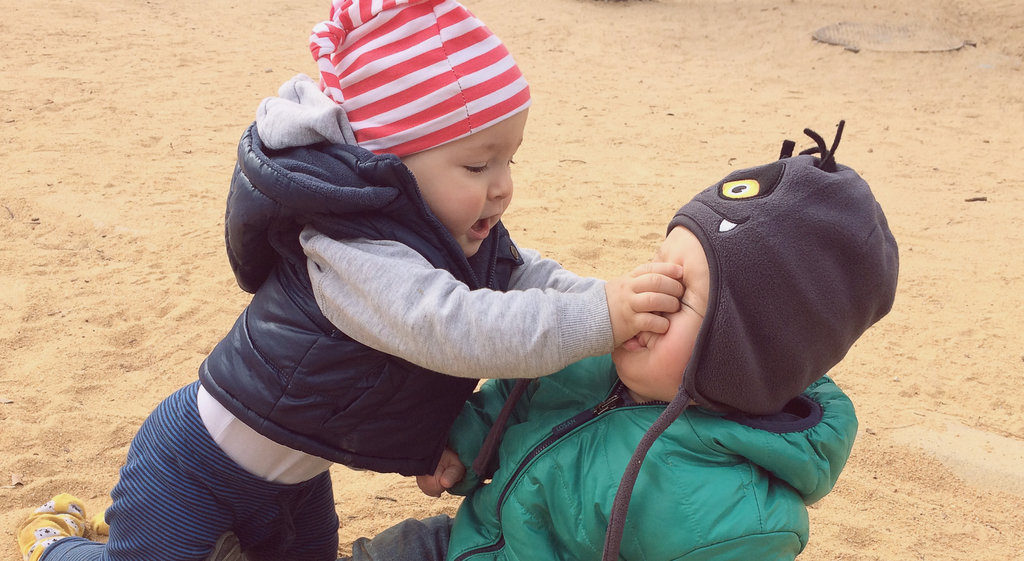 We’ve all encountered people who are mean and hurtful to others in our personal lives, workplaces and politics. We tend to quickly recognize those people as adults.

The interesting question is: how young do we develop this ability. And do we retain that perspective beyond a single incident?

Over the past ten years, developmental psychologists have been astounded by the young age at which children appear to be aware of the moral qualities of others’ actions.

A research study by Melody Dawkins and colleagues published in the Frontiers in Psychology showed at four months of age, babies already react with surprise when babies engage in unequal distribution of treats and resources.

A study by Luca Surian and Laura Franchin published in the Frontiers of Psychology  showed that children snub these unfair individuals in social interactions by the age of 24 months and Fransisca Ting and colleagues showed in their research published in Psychological and Social Sciences, that toddlers and infants expect others to do the same.

Other forms of moral judgement may emerge even sooner: as early as 3 months of age, infants show distinct preferences for those who help, as opposed to hinder, others, as was shown in the research by J. Kiley Hamlin and colleagues published in Developmental Science.

In thinking about these nascent moral judgements, researchers wanted to determine children’s underlying mental “structure”. In other words, do children’s moral rules operate like a loose “‘anthology”, where judgements passed on the basis of one principle have little effect on judgements on the basis of another? Or is there a deeper underpinning mental framework that gives rise to a multitude of connected moral expectations?

Fransisca Ting and colleagues published a study in the Proceedings of the National Academy of Sciences  which breaks new ground on this fascinating question. It reveals that toddlers are guided by a core mental representation of what it means to be a moral person. Within this moral framework, the researchers found that a single faux pas by a child risks entirely sweeping the individual from other children’s  “good books.”

In their set of experiments, the researchers examined how 25-month-old toddlers reacted to a series of morally loaded social interactions staged during a puppet show. The toddlers were first introduced to two dog puppets before observing one of them subject the other to a harmful action that ranged from crumpling up their drawing to knocking down a toy tower they had made.

Next came the crucial question. Would the toddlers be surprised if the perpetrator engaged in an entirely different sort of moral transgression in another setting? To test this, the researchers staged a scenario in which the dog discovered two toys and decided how to divide this lucky find between two excited puppets. Children were randomly selected to see one of two possible endings to this story: a fair outcome, where each recipient got a toy, or an unfair one where the dog inexplicably snubbed one of the puppets and gave both toys to just one.

The researchers found that toddlers who viewed the fair outcome spent significantly more time gazing at the interaction. This observation — which developmental psychologists Su-hua Wang and colleagues in their research in Cognition that  widely accept to indicate surprise — suggested that the children didn’t quite expect someone who acted as a bully to make fair decisions in a different context. The finding indicates that children judge others from a holistic perspective of what being moral really means. In their view, a single action that is at odds with one aspect of a “good” representation implies that the individual should be expected to violate other moral principles.

But there’s a provisio — it turns out that seeing an individual mistreating someone else does not always cause children to expect them to behave immorally in the future. The researchers saw this when they repeated their experiment, except this time the toddlers first witnessed a dog puppet mistreating a rabbit (as opposed to a fellow dog) before watching the dog share out a pair of toys.

In this scenario, toddlers gazed longer when the dog went on to make an unequal sharing decision, suggesting that they still expected the puppet to be fair. Only when the researchers ensured that the dog engaged in three sequential acts of bullying towards the rabbit did the children’s gaze patterns suggest that they no longer expected it to act fairly in the next social interaction.

While this outcome is not entirely surprising. For example, a study by Kyong-sun Jinn d Renee Baillargeon published in Psychological and Cognitive Sciences  documented other studies which show children expecting others to give their in-group members special treatment, their  study is the first to discover something profound about the way children make their moral judgements, flawed as they might be.

That is, the moral principles that children use do not operate in arbitrary isolation. They stem from a core mental representation of what makes someone a moral person. Whether this representation is “hardwired” in children’s brains or amenable to changes through development, experience, and age is an exciting question for future research to address.

The bottom line from all this research is that babies and very young children, not just adults, are capable of making moral judgments and assess the fairness of others actions.