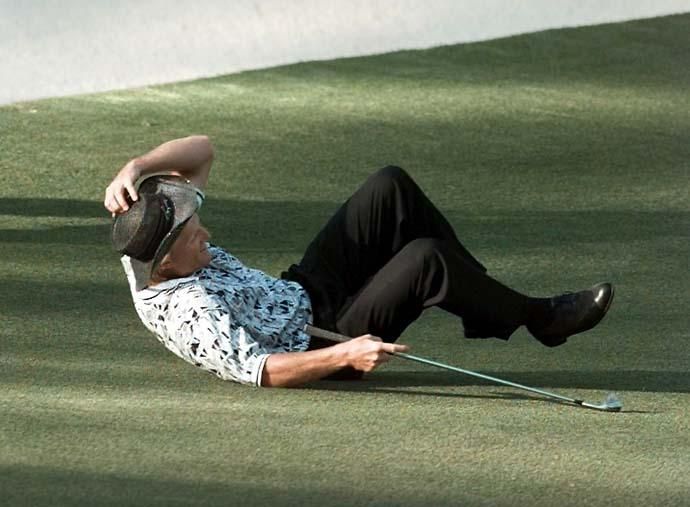 What causes the distinction between professional and amateur performance? With enough preparation, can anyone become a top athlete or musician, or is a natural talent the deciding factor? These inquiries are an illustration of the age-old nature vs. nurture argument.

In reality, there has been a lot of interest in and study about the solution to this topic. According to a seminal 1993 study, practice made up roughly 80% of the difference between an amateur and elite performance.

These discoveries gave rise to the “10,000-hour rule,” or the assumption that mastery requires 10,000 hours of practice. But the notion that anyone can become an expert with enough effort was called into question by yet another significant study.

Researchers looked at the outcomes of 88 separate studies on practise and performance across a variety of domains, including music, sports, education, professions, and gaming in that study, which was published in Psychological Science in 2014. Each of these studies focused on individuals who were learning a new skill.

The amount of practice the participants received and their eventual proficiency in the new skill was among the factors the researchers evaluated. How much of a part did practice play? It should come as no surprise that practising a new skill is crucial to the learning process.

However, the researchers discovered that individual variations in performance across different domains accounted for only an average of 12% of practice-related differences.

For a business marketer who wants to be more imaginative, for instance, this would mean setting aside some time each morning with a notepad and pen to brainstorm as many concepts for new product names as you can. When you get the hang of it, you might first come up with a few “Edsels,” but pretty soon you’ll be impressing your coworkers with the next iMac, Frappuccino, or Uber, right?

Sorry to deflate your idea, but the answer is no. Regular brainstorming sessions are unlikely to produce more original ideas, according to recent research by marketing associate professor Szu-chi Huang and Stanford’s Melanie S. Brucks. The amount your inspirations deviate from the convention on average, or the freshness of your production, may even become less novel over time.

According to Huang, a motivational researcher, the findings, are described in the article “Does Practice Make Perfect?” published in the  Journal of the Association for Consumer Research. “Practice is always a helpful thing in my field. Practice is the key to learning and improving your talents, or at the very least, developing excellent habits. But it turns out that you need to engage in some creative thinking about creative thinking if you want to improve your creativity,” Huang says.

Lead author Brucks claims that she was initially interested in the topic as a graduate student because she wanted to develop her own, superior ideas. The practice seems to help with anything if you want to increase performance, according to a wealth of research, she says: “ I reasoned that if I just practise being creative, I’ll grow better at it”

However, as Brucks combed through the scholarly literature on creativity, she came across an unexpected hole in the study. There was a lot of evidence on one-time strategies, such as the use of visualization techniques during idea-generation sessions, but almost any on whether repeating over time would boost the output of conceptual breakthroughs.

The fact that creative cognition consists of two halves further complicates matters. Divergent thinking, the kind used in brainstorming sessions, entails deviating from what is already known and coming up with fresh concepts. Convergent thinking, in contrast, calls for establishing connections between various notions or ideas that are already in existence and relating them to context.

Brucks says that to create a workable concept, “you need them both” frequently. They’re both incredibly significant but also very different from one another. The way the brain functions makes it particularly difficult to improve diverse thinking.

According to Brucks, practice usually results in progress because it strengthens certain neural pathways in the brain and makes them easier to access. To devote the most amount of cognitive resources possible to the activity that is given priority, it also de-emphasizes other pathways and blocks them. But Brucks observes that repetition also “gives you a less flexible brain” since it trains the brain to become more effective and concentrated.

However, creativity involves constant mental stretching and bending, which goes against the essence of inflexibility. Brucks and Huang devised a two-part research to see how practice would impact idea generation over time and what factors would affect productivity.

How The Tests were Conducted

In the first study, 413 participants were chosen at random from an online pool and instructed to perform divergent or convergent creative tasks over the course of 12 days. Divergent thinkers were required to spend a short amount of time every day coming up with new product names. The participants in the convergent practice were required to complete a Remote Associates Test, which required them to find a connection between three separate terms. (For instance, the term “cold” may link the words “shoulder,” “sweat,” and “sore.”)

Between 6 am and 12 pm, each participant had to finish their assigned responsibilities. After the study, they responded to a question about their perceptions of their performance.

Over the course of the 12 days, the participants in the divergent thinking exercise came up with over 15,000 ideas, of which almost 2/3 were original—an average of 5.71 original ideas per participant, in every session. The amount of RAT word problems that the convergent thinkers resolved was nearly the same (5.69). However, there was a distinction. The number of original ideas that the divergent thinkers generated over the course of the study hardly increased, whereas the convergent thinkers experienced a far bigger gain in productivity as they improved at the task.

Brucks and Huang didn’t only count the number of original ideas; they also submitted them for evaluation by a group of judges, who mostly looked for smart and memorable concepts. Brucks continues, “For instance, if I’m trying to think of names for a podcast app, I can come up with hundreds of ideas that are unique, but not particularly new. I might give it the name Podcast Organizer or something similar. All of those concepts might be original, yet they’re all derivative.”

On the other hand, humorous names like Earworm or Peas in a Pod might be more original.

Novel concepts, according to her, “emerge from a distinct perspective and diverge from the most obvious.” “Typically, it results from integrating seemingly unrelated ideas. For instance, when you’re hungry, you might think of “peas in a pod.”

The people using divergent thinking deteriorated rather than improved when it came to novelty. On the last day of the study, they came up with concepts that were considerably less original than they had on the first.

We’re Sharpest in the Morning

In the second stage of the study, Brucks and Huang recruited 507 participants and gave them the task of practising the same divergent product name-generating exercise over the course of 14 days in various time blocks. One group had a 9 a.m. to 5 p.m. shift, another had 4 p.m. to 6 p.m. shifts, while a third group was given “flexible” hours between 6 a.m. and midnight. The participants were asked to anticipate their performance before the outset, and following each session, they were required to note how challenging it had been to come up with fresh names.

One of the main conclusions of the study was that practice reduced diverse thinking as the day went on. Says Brucks, “people are prone to habitual thinking late in the day.” They are even less prone to deviate from established cognitive trajectories. In addition, contrary to popular belief, those who completed their brainstorming around 11 p.m. had the worst productivity over time.

Strangely, the researchers found that even though participants were coming up with less solid ideas as they practised, they still believed the idea-generation process was becoming easier.

The study’s findings, as Huang points out, don’t necessarily imply that it is impossible to increase creative output by practice; rather, they seem to indicate that individuals have been approaching the issue too simplistically.

Huang asserts that we must alter our definition of practice to effectively exercise creativity. Instead of concentrating on automating the creative process, it might be more beneficial to purposefully disturb routines. For example, a team leader might alter the times of brainstorming meetings and the exercises that are used. Huang says, “The structure needs to be more dynamic. “

Technique-wise, brainstorming in business may easily resemble acting students’ improvisational exercises, which force them to step outside of their comfort zones and tap into their creative instincts. Brucks points out that prior studies have demonstrated that placing restrictions on the idea creation process—requiring people, for instance, to come up with product names that contain numbers—helps to maintain the production of fresh concepts.

“You should take action to stop yourself from practising the same thing repeatedly,” she advises. People looking for inspiration might “reinforce not going down the obvious road” in this way.”