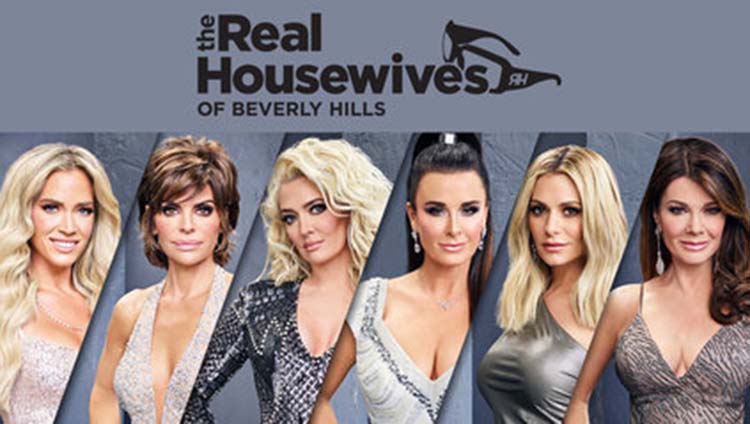 The “American Dream” is firmly ingrained in the American sense of self. It claims that anyone may succeed in the Land of Opportunity by working hard and having ambition on their own.

This belief is more fiction than fact.

Upward mobility in the US compares poorly to that of other industrialized countries, and young Americans today struggle to earn more than their parents did at the same age.

So why does the “American Dream” concept still exist? One element that has gone unnoticed is the impact of reality TV, according to a recent study published in the American Journal of Political Science.

According to Vanderbilt University’s Eunji Kim, reality television in the US has become increasingly popular over the past 20 years. And her research reveals that the vast majority of them have a “rags-to-riches” plotline, featuring common Americans who put in a lot of effort to attain enormous economic success. Similar to American Idol, these contestants are regular people who put in a lot of effort to prepare and endure numerous nerve-wracking performances to have the chance to win a record contract and several thousand dollars. While news broadcasts, which portray a more accurate picture of the economic suffering endured by millions of Americans, have a far smaller share of viewers, these programmes are frequently among the most watched programmes.

So, rags-to-riches tales are common on TV, but do these shows genuinely persuade viewers that achieving economic mobility is simple? Kim’s team used a 5-minute clip from a reality programme, such as America’s Got Talent or Shark Tank, altered to maintain its rags-to-riches narrative, to find out by having participants watch it (for instance, the Shark Tank clip showed two young people pitching their business before getting a successful deal). Participants in the control group viewed a clip from a reality programme without a rags-to-riches tale (they saw a woman learning how to improve the behaviour of her dog). Participants rated their level of agreement with four assertions about the American Dream, such as “It is possible to start poor in our nation, work hard, and become well-off,” after seeing the performances.

According to the findings, people who had watched a rags-to-riches video did have a considerably higher conviction in the American Dream. This effect was notable among Republicans but not Democrats when participants were divided according to party identification, which raises the intriguing possibility that the implicit messaging in these TV episodes may reinforce people’s already socioeconomic ideas.

Kim also polled 3,000 people in the US, asking them once more if they still believed in the American Dream. Additionally, they ranked how much they thought various internal (like ambition) and external (like circumstances) elements influenced their level of success in life (such as family wealth). Finally, they listed the TV shows they regularly watched after reading a list of them. These comprised 10 sports programmes, 8 additional reality shows, and 12 rags-to-riches programmes.

Participants who regularly watched six or more rags-to-riches programmes or who frequently saw three or more such programmes exhibited a stronger conviction in the American Dream than participants who never watched such programmes. Heavy viewers were also more inclined than non-viewers to believe that ambition and hard effort are internal qualities that lead to success in life. It wasn’t just that these people watched more TV overall; these impacts persisted even after taking other TV viewing habits into account.

“Rags-to-riches entertainment mediums are a significant cultural force that encourages and sustain beliefs in upward mobility,” says Kim in his conclusion. The issue is that if people wrongly think that striving for a better life is only possible via hard labor, they would be less receptive to policies that might truly work to reduce inequality.

It would be fascinating to find out whether watching reality TV shows correlates with similar economic ideas in other nations, including the UK (which may not have the equivalent of the American Dream but ranks similarly poorly in terms of upward mobility). Of course, many other factors affect these ideas than people’s media consumption patterns. For example, having older parents or being an immigrant yourself were both significant predictors of believing in the American Dream as viewing rags-to-riches television.

However, the research highlights the value of examining the hidden sociopolitical signals in TV programming, particularly light entertainment, which has generally been overlooked by scholars in favour of news and other openly political media. “Entertainment media is what captivates hearts and minds in this day of choice,” writes Kim. “Its political ramifications are anything than insignificant.”

Researchers are aware that having particular personality qualities can help people succeed in life by working hard, forming the proper relationships, or coming up with the finest ideas. The question of whether a person’s attributes and background interact, with personal qualities being more significant for those with lower socioeconomic standing, is further explored in a  recent study. If accurate, this would offer rational justification for the “American Dream” because it would demonstrate that while intelligence and hard work may not matter much to the wealthy, they are crucial to the underprivileged.

Rodica Ioana Damian and her coworkers examined data from an enormous 1960 US survey that included information on 81,000 students’ high school personality and cognitive ability scores, their parents’ socioeconomic level, and a variety of life outcomes eleven years later. Was personality more helpful to children from impoverished families when it improved life outcomes?

The data initially seemed to indicate that it did. For instance, very pleasant children from extremely wealthy households continue their education for an additional four months on average as opposed to an additional twelve months if they are from the poorest family. Similar to this, all extroverts go to more prestigious positions, but the poorest people benefit by moving up the employment prestige scale by an average of nine points (to make this concrete, nine points take you from a mail handling role to a retail sales position).

However, all of these impacts were discovered without accounting for the obvious: intelligence. Except for the fact that conscientiousness is still more advantageous to people from lower socioeconomic backgrounds in terms of achieving a higher income, almost all of these personality compensation benefits vanish when this is taken into account. It would appear that personality does affect life outcomes, but after the impact of IQ is taken into consideration, most of the time it doesn’t particularly help the poor.

A wealthy socioeconomic standing outweighs the advantages of having high levels of conscientiousness or extraversion, thus even a poor child with the “right stuff” is unlikely to surpass wealthy children with less spectacular personal traits.

As in other earlier studies, intelligence significantly improves life outcomes in our dataset. Due to socioeconomic status, its effects varied, although not in the poor’s favour. A child with extreme poverty who is also exceptionally intelligent is likely to finish school roughly 30 months longer than peers with low IQ. They will, however, stay 40 months longer for a wealthy child. Additionally, smarter children from wealthy homes tend to have easier access to prestigious employment than their low-IQ, high-IQ counterparts.

This type of discovery is known as the Matthew Effect, or simply, “the rich get richer,” after the author of the gospel. One way to see this is that utilizing a child’s aptitude in academic or prestigious sectors requires extra resources that are beyond the means of low-income families, like a college fund or the necessary contacts.

Since this information is older than 40 years, new situations may have emerged that have altered how personal characteristics and backgrounds interact. However, its all-encompassing methodology implies that, in 20th-century America, those on the lowest rungs of society could only make up for their lot through intelligence — and even then, their wealthier peers are frequently likely to find it easier. Although the American ethos values hard work, perseverance, and can-do attitudes, they simply cannot make up for class differences.

Further, reality TV shows continue to perpetuate the myth of the American dream, which actually becomes a deterrent for policymakers to address the issues of increasing economic inequality in America