Why Self-Criticism Doesn’t Help You Improve 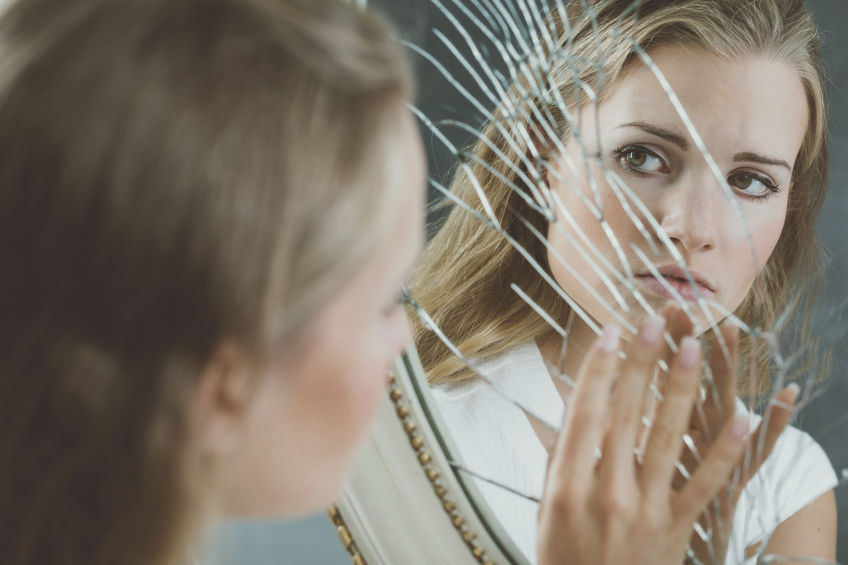 Have you ever had this conversation with yourself, or heard someone else talk this way: “I’ll never get that promotion/job.” “I screwed up again.” “My work wasn’t good enough.” “ Ishould/shouldn’t have…”(fill in the blanks).

These are clear examples of self-criticism, which sometimes also contain an element of perfectionism. It can have a devastating negative impact on your self-esteem, cause shame and end up not helping you make improvements.

This article will explore the various facets of self-criticism and what to do about it.

Psychologist Golan Shahar, who has conducted extensive research into the subject of self-criticism described in his book, “Erosion: The Psychopathology of Self-criticism,” gives us this definition: “an intense and persistent relationship with the self, characterized by (1) an uncompromising demand for high standards in performance, and (2) an expression of hostility and derogation toward the self when these high standards are – inevitably – not met.”

Shahar goes on to say in his article in Psychology Today, “Note that this definition: (1) assumes that our self-concept is not monolithic, rather that it is comprised by multiple, intensely interacting, aspects; (2) highlights that self-criticism goes beyond the quest for self-improvement: It consists of an uncompromising demand, the very demand that increases the likelihood of eventually not meeting (ever rising) standards; (3) links the uncompromising demand for high standards and its inevitable failure with a pernicious outcome of this failure: self-directed hostility, bashing, and derogation.”

Why We Think Self-Criticism is a Good Thing

Many think self-criticism is a good thing and helpful. We view this trait as a strong testimony for scrupulousness, honesty, responsibility, and integrity, four highly coveted moral virtues. We also deem self-criticism as a precondition for self-improvement and growth. “It is only when we courageously look inside and identify our flaw and own them, that we can begin the journey of correcting — or at least minimizing — them, thereby becoming better persons”, is what many of us tell ourselves.

In such a hyper-connected, self-obsessed society, this tendency toward self-judgment can be hard to escape — especially for women. In fact, a national online survey by TODAY magazine found that 60 percent of adult women have negative thoughts about themselves on a weekly basis. The TODAY/AOL survey also found that as times get tough and people become upset, women are far more likely than men to respond with self-criticism.

According to the survey a majority of women — 52 percent — admit that they are hard on themselves when they are upset.

Does this mean we shouldn’t seek to improve ourselves and correct any deficiencies? The answer is yes and no. Yes, if you engage in a positive process of developing greater self-awareness, and seek feedback from people to see if there is alignment.  But no, if your entire focus is on correcting your weaknesses, rather than concentrating on your strengths.

In my book, I Know Myself and Neither Do: Why Charisma, Confidence and Pedigree Won’t Take You Where You Want to Go, I describe in detail the process of developing greater self-awareness including activities to raise that awareness. And psychologist Tasha Eurich has published an excellent book on self-awareness, Insight.

Research on Why Self-Criticism is Dysfunctional

In Self-Criticism and Self-Enhancement: Theory, Research, and Clinical Implications, editor Edward C. Chang has enlisted over 25 distinguished psychologists and scholars who present the pros and cons of regarding self-criticism or self-enhancement as either “good” or “bad, ” and it provides a good summary of the research. What follows is a selection of some of the most robust findings.

Psychologist Kelly McGonigal, author of The Science of Compassion of published a study which showed that self-criticism is not helpful but rather destructive. Researchers Theodore A. Powers and colleagues found in their study “Self-Criticism, Goal Motivation and Goal Progress,” published in the Journal of Social and Clinical psychology found that the more people criticized themselves, the slower their progress over time and the less likely they were to achieve the goal they’d set.

Research by psychologists Ricks Warren, Elke Smeets and Kristin Neff published in Current Psychiatry, shows that “although most people engage in self-criticism when they believe they have failed or engaged in behavior for which they have regrets.

Researchers Paul Gilbert and Sue Procter argue in their article on shame and self-criticism published in Clinical Psychology and Psychotherapy, that people who experienced high levels of self-criticism were often incapable of practicing self-compassion because they felt such deep levels of shame at real or imagined inadequacies.

People who engage in repeated self-criticism often feel like failures, or feel unworthy, guilty or inferior. They engage in constant rumination and critical self-evaluation; often fear the disapproval and non-acceptance of others. Often self-criticism and perfectionism go hand-in-hand. Self-criticism can be differentiated from guilt, which results from acknowledging bad behavior; and shame which results from seeing oneself as a bad or inadequate person. Several studies have found that self- criticism predicts depression.

One study have shown that self- criticism at age 12 predicted less involvement in high school activities and, at later the same people at age 31, were personally maladjusted. In another study, self-critical high school students reported more interpersonal problems.

In one study, married couples who were consistently self- critical reported marital dissatisfaction and depression.

Researchers have reported that self-criticism was associated with rumination and procrastination, and loss of self-esteem.

Research studies have also shown that a child’s experience with parents’ overcontrol, restrictiveness, lack of warmth and criticism are associated with development of self-criticism in children.

The Gremlin or Critical Inner Voice

Sometimes, most of us have an inner critical voice or what David Carson called your gremlin in his book Taming Your Gremlin. When it becomes a problem is when this inner critic talks to us most of the time. This gremlin engaging in self-criticism can lead us to feel unworthy and be unhappy. Usually, this inner critic first appeared in our childhood.

There’s an irony here, because many self-help books and gurus tell us to find our inner voice to be true to ourselves. But if that inner voice is the gremlin, we’ve got a problem.

Dealing with our inner critic can be a psychological and emotional challenge to overcome if we want to be fulfilled and happy.

It’s important to understand where this inner critic came from, what is its purpose, and how to deal with it.

The gremlin is the inner critic, the judge, the narrator in your head. Your gremlin tries at times to convince you that you are not worthy of something you want. He will try to make you feel undeserving, inadequate, afraid or guilty. Your gremlin is an amalgam of value judgments made by other people in your life–  your parents, friends, teachers, boss, colleagues, enemies, etc. in short all those people who you have allowed to have influence over our actions and feelings. He wants to make you feel bad, convincing you to relive the past, worry about the future and analyze everything. The gremlin is not just your inner critic and judge, not just repetitive thoughts, not just your fears, but can create these things. Your gremlin wants you to be anxious, suspicious.

Most of us consciously aspire to be the best we can and to do the right thing, and self-analysis can serve us as a tool for measuring our efforts and achievements.

While self-analysis is a healthy way to observe our own behavior and learn how to overcome weaknesses and bad habits, it often transforms into “self-devaluation.”

Signs That You Are Self-Critical

What to do About Your Self-Criticism: Handling the Inner Critic

Psychologists  Lisa Firestone, and Robert W. Firestone have written about the inner critic, which they term the “inner voice,” in their book Conquer Your Critical Inner Voice: A Revolutinary Program to Counter Negative Thoughts and Live Free from Imagined Limitations.

Lisa Firestonewriting in Psychology Today talks about how to handle your inner critic.

We can challenge the inner critic/gremlin and begin to see ourselves for who we really are, rather than taking on its negative point of view about ourselves. She recommends the following strategies:

Finally, practice self-compassion. Psychologist Kristin Neff, author of the book, Self-Compassion: The Proven Power of Being Kind to Yourself, documents how practicing self-compassion, particularly when we make mistakes, is a powerful strategy to counteract the inner critic. Neff says that unlike self-criticism, self-compassion focuses on kindness for and acceptance of oneself. Psychologist Sophie Muir argues, “Self-compassion can be embodied and practiced through self-affirming statements such as: