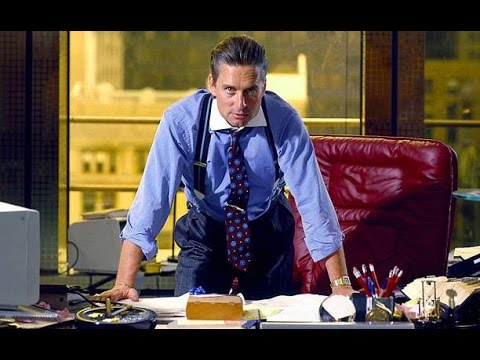 Current times could be a perfect storm for the rise of unethical, and in some cases, amoral leaders. Evidence shows that the incidences of unethical leaders in politics and business are on the rise, and in some cases spread like a virus in organizations. On a daily basis the media or government watchdogs report incidences of corruption, and unethical or amoral behavior by political and business leaders, particularly senior executives.

For decades, the main reason chief executives were ousted from their jobs was the firm’s financial performance. In 2018, that all changed. Misconduct and ethical lapses occurring in the MeToo era are now the biggest driver behind a chief executive falling from the top.That’s according to a new study from the consulting division of PwC, one of America’s largest auditing firms.

It is the first time since the group began tracking executive turnover 19 years ago that scandals over bad behavior rather than poor financial performance was the leading cause of leadership dismissals among the world’s 2,500 largest public companies.

“There’s lot of bad actors in corporate America,” says John Paul Rollert, a professor at the University of Chicago who studies the ethics of leadership.

Thirty-nine percent of the 89 CEOs who departed in 2018 left for reasons related to unethical behavior stemming from allegations of sexual misconduct or ethical lapses connected to things like fraud, bribery and insider trading, PwC’s study found. Executives are still being pushed out because of poor financial performance, but only about 35% of the time.

Scores of CEOs were knocked down after allegations of sexual misconduct or impropriety in 2018. The chief executive of Barnes & Noble was forced out. Two months later, Les Moonves, CBS’s chairman and chief executive, resigned after facing accusations from a dozen women. The year also saw the chiefs of apparel company Lululemon and Intel exit after an internal findings of a violation of the company’s ethical guidelines. 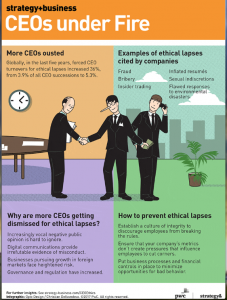 Alexandra E. MacDougall and colleagues, writing in the Journal of Organizational Psychology,Integrity is of key concern in today’s business world. Indeed, ethical violations are on the rise, with 49 percent of for-profit employees reporting that they have witnessed some form of unethical conduct such as lying to stakeholders or abuse of resources.

It is not surprising that Americans have lost their faith in the business world and the people who run it. In a Roper poll, only 2% of respondents felt that Fortune 500 CEOs were “very trustworthy”(Deutsch, 2005); the overwhelming majority of Americans (72%) believe that “wrongdoing” iswidespread in the business world. Robert S. Miller, CEO of Delphi, asserts: “Society has come tobelieve that the term ‘crooked CEO’ is redundant”.

The purge from the upper echelons of white collar jobs, Rollert predicts, will start to hit company leaders who may not be as well known as media executives and the heads of brands that are household names. Soon, he said, the movement that is forcing out top bosses will make its way down to smaller firms, and he said could even reach into blue-collar workplaces.

“The first wave of #MeToo took out some of the most high-profile figures,” Rollert said. “What we’re beginning to see in this second and now third wave is corporate America taking responsibility for itself,” he said. “There are clearly a lot of bad actors who are still hiding in the shadows that need to be swept,’ he added.

And that shift, the researchers say, is meaningful.

Increasingly, according to the study, corporate boards are approaching allegations of executive misconduct with a “zero-tolerance stance,” fueled in part by societal pressures since the rise of the #MeToo movement.

“For companies, they are recognizing that if they don’t get aggressive with this type of behavior, they are going to face exceptional liabilities when it comes to court cases,”

Rollert said. “And so better to address these concerns now than to deal with multimillion- dollar lawsuit and the bad PR that comes with that sometime down the road.”

The Concept of Unethical Leadership

The standing literature has not described destructive leader behavior as “unethical”; however, the implication is clear. Unethical behavior involves acts that are illegal and/or are morally inappropriate to larger society. Dark side research has uncovered a variety of unethical leader acts. Various terms have evolved in the literature, such as abusive supervision, supervisor undermining, toxic leadership, and tyrannical leadership.

The “greed is good” philosophy espoused by Gordon Gekko in the movie Wall Street is far too prevalent in corporate America. Researcher Ian Mangham notes that a number of scholars maintain that “today’s business schools, by elevating shareholder profit above social benefits and other concerns,may have unintentionally become breeding grounds for a generation of Gordon Gekkos.” John J. Fernandes, president of the Association to Advance Collegiate Schools of Business (AACSB), also believes that schools of business have overemphasized the importance of profit maximization.

Research shows these leaders are oppressive, abusive, manipulative, and calculatingly undermining. Their actions are perceived as intentional and harmful, and may be the source of legal action against employers. Therefore, destructive leader behavior is unethical.

Unethical leadership, however, transcends beyond the leaders’ own behavior. In seeking to accomplish organizational goals, leaders can encourage corrupt and unethical acts within their organizations. For instance, Ronald W. Clement’s review of corporate scandals in Fortune 100 corporations concluded that actions perpetrated by executives, boards of directors, and government officials were the primary cause of such transgressions. Leaders foster unethical behavior among followers without engaging in the behavior themselves and do so by way of rewards, condoning non-conformers, and ignoring unethical acts. For instance, qualitative research shows leaders who reward short-term results, model aggressive and Machiavellian behavior, do not punish followers’ wrongdoing, and promote like-minded individuals heighten unethical behavior within organizations.

Diane J. Chandler of Regent University School published an article in the International Journal of Leadership Studies, highlighting the lack of effective organizational processes and oversight. In reviewing the research on the subject she found:

In a qualitative study published for the Rutgers University Institute for Ethical Leadership by, Alex Plinio, J.M Young and L. Lavery concluded the lack of ethical leadership and poor ethical behavior is among the biggest problems modern organizations face.Consequently, the authors note that trust in leadership is waning and the situation is worsened by a weak economy. The authors also noted an alarming increase in misconduct by employees at all levels. Other conclusions:

Hershey H. Friedman, Linda W Friedman and Frimette Kass-Shraibman, wrote an article entitled, “Ethical Imperatives of CEOs: Creating the Virtuous Corporation.” They argue, “Companies that are going to thrive must have a soul. Those that are only concerned with ‘maximizing shareholder wealth’ or ‘maximizing profit’ will find themselves going the way Enron went. CEOs willhave to lead the revolution and should be the ones exhorting executives to make spiritual values or virtue, not just profit, the core values of a firm. A true measure of corporate performance is multidimensional and has to include the short-term, the long-term, risk, environmental issues, society, employees, customers, suppliers, and government.”

James Q. Wilson declares that “capitalism has won the economic battle around the world, but it is everywhere on the defensive with respect to the moral struggle for men’s souls…The lasting challenge to capitalism is moral.” A. Kolp and P. Rea are of the opinion that the belief that the primary job of a CEO is to maximize shareholder wealth (or the wealth of the CEO) leads to corporations losing their souls, a good example of which is Enron. Kevin Rollins, CEO of Dell, refers to “the soul of Dell” and understands that a company can only have a soul if it is ethical.

Al Gore and David Blood assert that market capitalism is now at a critical juncture. A major transformation must take place if capitalism will thrive. They believe that the following are some of the key causes of the current financial meltdown: “short-termism (including but not limited to increased leverage), poor governance and regulation, misaligned compensation and incentive systems, lack of transparency, and in some firms, poor leadership and a dysfunctional business culture.”

What Can Be Done About It?

In my new book, Toxic Bosses: Practical Wisdom for Developing Wise, ethical and Moral Leaders,I argue that now, more than ever, individuals and organizations need to be vigilant in dealing with unethical leaders, and proactive in implementing measures for the strengthening of ethical and moral structures and practices in organizational cultures. 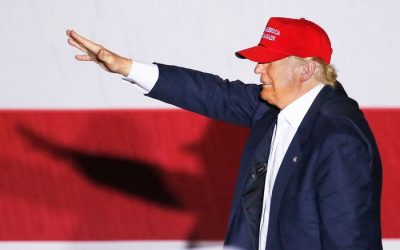 By Ray Williams April 20, 2021 Ever wonder how some leaders in business or politics who appear selfish, manipulative and domineering still manage to amass a following? A  study in the Journal of Leadership & Organizational Studies by San Francisco State University...

Is the Pursuit of Happiness Making You Unhappy?

By Ray Williams April 20, 2021 People generally like to feel happy, but achieving a state of happiness takes time and effort. Researchers have now found that people who pursue happiness often feel like they do not have enough time in the day, and this paradoxically... 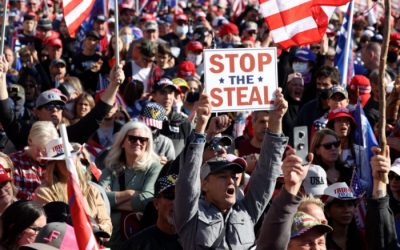 By Ray Williams April 20, 2021 People who perceive they are part of a disadvantaged group are more likely to have an unrealistic belief in the greatness of their nation and support populist ideologies. A team of psychologists and political scientists from the... 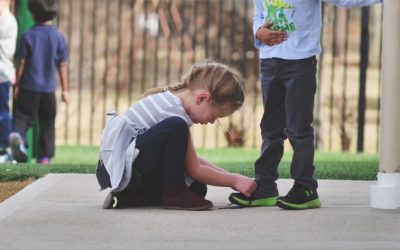 How to Improve Your Mood in 12 Minutes

By Ray Williams April 19, 2021 We all have a remedy — a glass of wine or a piece of chocolate — for lifting our spirits when we’re in a bad mood. Rather than focusing on ways to make ourselves feel better, a team of Iowa State University researchers suggests wishing... 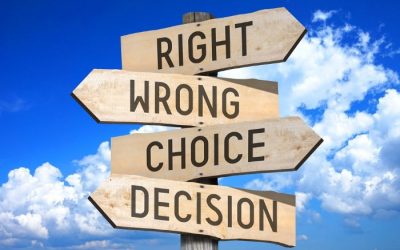 How Evolution Affects Our Economic Decisions

By Ray Williams April 11, 2021 Making decisions in the face of uncertainty has never been easy. But the global pandemic has raised the stakes for many previously mundane choices: how to travel, where to get food, when to send kids back to school. Understanding how... 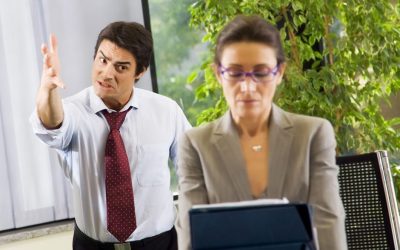 “Toxic,” But Still a Successful Leader? Up to a Point and Then…

By Ray Williams April 5, 2021   Research shows there are plenty of toxic bosses in organizations. They exist on a spectrum from the psychopath to the charismatic narcissistic or abusive leader. Yet, most of us are familiar with toxic leaders who continue to be...