The “Real You” is a Myth 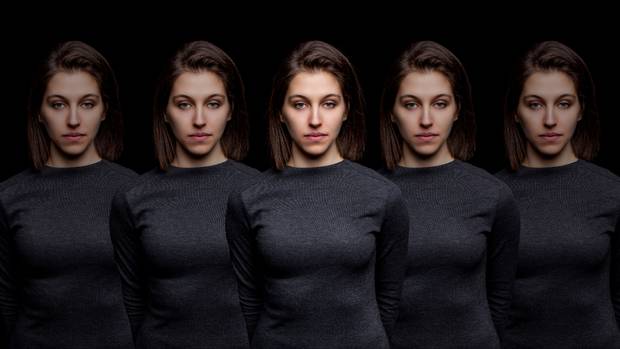 Everyone wants other people to “get” them and value them for who they are. We frequently presume that there is a “true me” when attempting to build such interactions. How do we, however, know who we are? It might sound straightforward: Our life experiences, which are easily accessed through our recollections of the past, are what make us who we are.

In fact, a lot of studies have demonstrated how memories influence a person’s identity. As Oliver Sacks, a late writer and neurologist, poignantly described in his case study of 49-year-old Jimmy G, the “lost mariner,” who struggles to find meaning because he is unable to recall anything that occurred after his late adolescence. People with profound forms of amnesia typically also lose their identity.

Applied Cognitive Psychology has published research by University of Hull psychology professor Giuliana Mazzoni. However, it turns out that even when our memories are intact, our identities frequently do not accurately reflect who we are. According to research, when writing personal narratives, we don’t always access and draw from all of our memories. It is becoming more and more obvious that, at any given time, we frequently decide what to remember without even being aware of it.

According to Mazzoni, “When we create personal narratives, we rely on a psychological screening mechanism, dubbed the monitoring system, which labels certain mental concepts as memories, but not others. Concepts that are rather vivid and rich in detail and emotion – episodes we can re-experience – are more likely to be marked as memories. These then pass a “plausibility test” carried out by a similar monitoring system which tells whether the events fit within the general personal history. For example, if we remember flying unaided in vivid detail, we know straight away that it cannot be real.”

However, the personal recollection that is chosen must also align with how we currently perceive ourselves. Let’s say you were always really nice, but following a particularly upsetting event, you developed a strong aggressive trait that now suits you. Your story has also altered, in addition to your conduct. If someone were to ask you to describe yourself right now, you might mention earlier incidents that were previously left out of your story, including times when you acted violently.

But the story doesn’t end here. The rest concerns the veracity of the memories that are repeatedly picked and chosen to be included in the personal story. We frequently fabricate recollections of things that never happened, so even when we correctly rely on our memories, they can be very imprecise or even untrue.

Remembering is a highly reconstructive process that depends on knowledge, self-image, desires, and goals rather than being like watching a video from the past in your head. Indeed, research using brain imaging have demonstrated that the “autobiographical memory brain network,” which consists of numerous different areas, is the basis for personal memory, which does not exist in a single spot in the brain.

The frontal lobes are an important brain region because they are responsible for organizing all the information received into an event that must be meaningful, both in the sense that it must be devoid of impossibly contradictory elements and that it must comport with the memory-conception holder’s of themselves. The memory is either discarded or modified, with information being added or removed, if it is not coherent or relevant.

In their research, Mazzoni and her colleagues evaluated the incidence and makeup of these erroneous and discredited memories. They found that they are quite typical after looking at a very large sample from many different countries. Additionally, as for Piaget, they all have a striking resemblance to actual memories.

“This remained true even when we successfully fabricated false memories in the laboratory using doctored recordings implying that participants had engaged in particular behaviours,” she says, “ Later, we informed them that these memories were false. The participants said that although they no longer believed the recollection to be accurate at this point, some aspects of it still gave them the impression that it was true.”

Photos from the past are a common cause of mistaken recollections. In a different investigation, Mazzoni found that “when we view a picture of someone who is ready to act, we are particularly inclined to form misleading memories. This is due to the fact that such scenes cause our thoughts to picture the action taking place gradually.”

Old images are a popular source of fabricated recollections. According to Mazonni, the study “found that when we view a picture of someone who is ready to act, we are particularly inclined to develop misleading memories. This is due to the fact that such scenes cause our thoughts to picture the action taking place gradually.

But is all of this negative? Researchers have been concentrating on the drawbacks of this approach for years. For instance, there are worries that therapy can stir up erroneous recollections of past sexual abuse and result in false charges. Intense debates have also been had on the tendency of those with mental health issues, such as depression, to remember only the worst things. Therefore, some self-help books offer advice on how to develop a more true sense of who you are. For instance, we could examine our biases and solicit input from others.

But it’s crucial to keep in mind that other people can also have inaccurate memories of us.

Importantly, our changeable memory has benefits. Picking and choosing memories is the norm; self-enhancing biases influence us to rewrite our history in order to make it consistent with how we feel and what we believe right now. In order to keep a good, current sense of who you are, it is vital to have inaccurate memories and narratives.