Nap your way to higher productivity 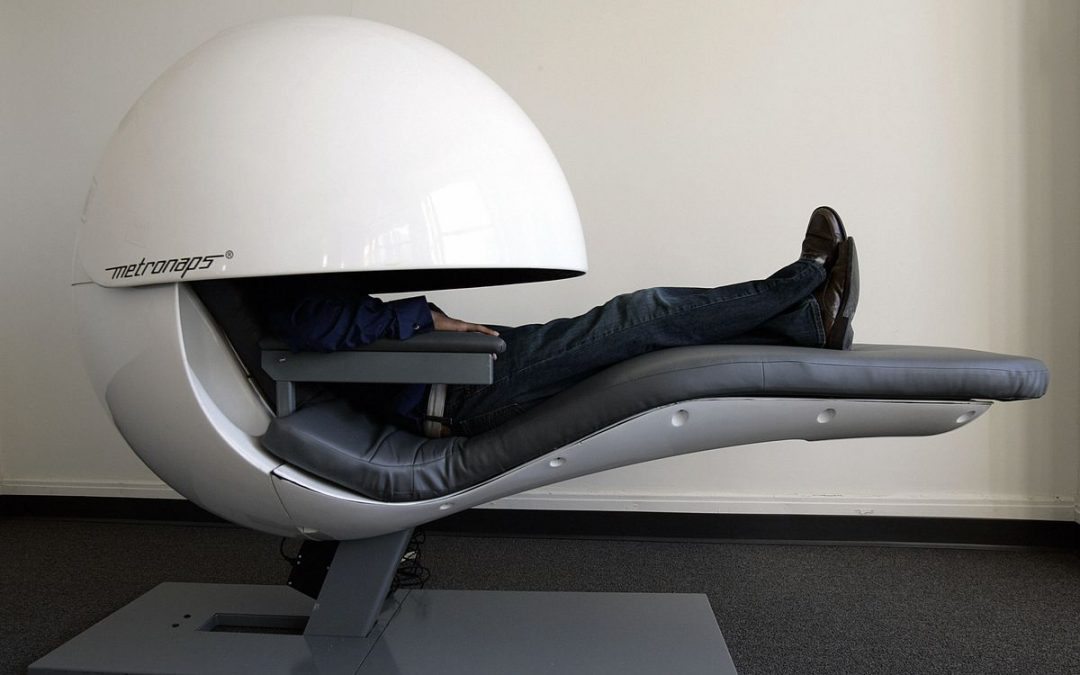 What can make you smarter in 30 minutes–or less–costs nothing, and you can do it with your eyes closed? A nap, or as some experts refer to it, a biphasic sleep schedule. This conclusion has been advanced by a number of scientists based on solid research.

What do staff at NASA, Google and Samsung have in common?They can all go for a nap at work in a specially designed sleep pod.Engineers, programmers and astronauts can lie down in the pod for 20 minutes at a time. With the outside world shut out by a large visor, the pod plays soothing sleep music before gently waking its occupant up with natural light patterns.

The company behind the pods, New York-based MetroNaps, also supplies law firms, management consultancies and airlines. Any business, in fact, that is “interested in attracting and retaining good-quality employees”, MetroNaps chief executive Christopher Lindholst told the Financial Times in a recent interview.

This is backed up by a study of Chinese people aged 65 and older, which found post-lunch napping improved their cognitive abilities.A NASA study of astronauts’ sleep patterns found that the main cognitive function improved by napping was “working memory”. This is the ability to multitask – focusing attention on one task while holding other tasks in memory. 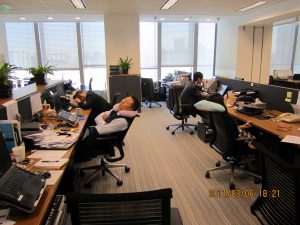 Arianna Huffington, writing in the Harvard Business Review Blog contends “we’re experiencing a transition with regard to well-being. An increasing number of employers and employees alike are acknowledging that the current model of success isn’t working, and is in fact leading to burnout, stress, decreased productivity, and—an epidemic especially resonance to me.” She refers to the issue of sleep, or lack of it. Huffington cites the Harvard Medical School Division of Sleep Medicine’s Corporate Leadership Summit recently, where representatives from prominent American companies including Wal-Mart, Procter and Gamble, and Eli Lilly discuses how business can partner with sleep experts and organizations to meet the health challenges associated with sleep problems. An estimated one quarter of large U.S. businesses now offer employees some type of stress reduction programs, such as meditation, yoga or napping.

According to a 2009 report by the Pew Research Center, a third of U.S. adults nap on any given day.For people who don’t catch enough Zs during the night, daytime naps can improve alertness and motor performance.

“Everybody agrees that if you are sleep deprived, you can’t learn, perform or think very well,” says Jerome Siegel, PhD, director of the Center for Sleep Research at the University of California, Los Angeles.Even in well-rested people, naps can improve performance in areas such as reaction time, logical reasoning and symbol recognition, as Cote described in a 2009 review (Journal of Sleep Research, 2009). They can also be good for one’s mood.

A study by University of Michigan doctoral student Jennifer Goldschmied and colleagues found that after waking from a 60-minute midday nap, people were less impulsive and had greater tolerance for frustration than people who watched an hourlong nature documentary instead of sleeping (Personality and Individual Differences, 2015). “Frustration tolerance is one facet of emotion regulation,” says Goldschmied. “I suspect sleeping gives us more distance [from an emotional event] — it’s not just about the passing of time.

“For many types of memory, the benefits of a nap are substantial, says Sara Mednick, PhD, a psychologist at the University of California, Riverside. Take perceptual learning. Previous research demonstrated that people perform better on a visual texture-distinguishing task after a night of sleep than they do immediately after learning it. Further, Mednick and colleagues found people performed just as well on the test after a 60- to 90-minute nap as they did after a full night of slumber (Nature Neuroscience, 2003)”What’s amazing is that in a 90-minute nap, you can get the same [learning] benefits as an eight-hour sleep period,” Mednick says. “And actually, the nap is having an additive benefit on top of a good night of sleep.” 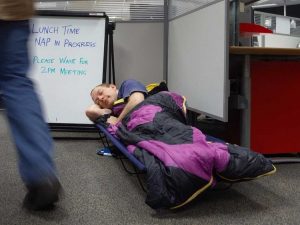 Sara Mednick, and Mark Ehrman, authors of the book Take a Nap! Change Your Life: The Scientific Plan To Make You Smarter, Healthier, More Productive, have developed a program that helps fight the fatigue epidemic which afflicts an estimated 50 million Americans. Their program explains the five stages of the sleep cycle, how to assess your tiredness and set up a personal sleep profile, including optimum napping times and durations. Mednick’s research with colleagues Ken Nakayma and Robert Stickgold, published in Nature Neuroscience, concluded “from the perspective of behavioral improvement, a nap is as good as a night of sleep for learning.”

Matthew Edlund, a physician, writing in Psychology Today, argues “napping is one of the most natural acts a human being can engage in. And recent research argues naps markedly improve performance and health.” Edlund contends that rest is how the body revives, renews and rebuilds, and cites research by NASA of pilots taking a 26 minute nap improving performance by 34% and alertness by 54%. Edlund’s perspective is supported by the research by Matthew Walker and his colleagues at the University of California, Berkeley, concluded that the major function of sleep is to clear away all the clutter stored in the hippocampus in the brain to make room for new information. So sleep is critical for learning, and a short mid-day nap is good because it gets you into a particularly beneficial part of the sleep cycle by refreshing your memory.

James Maas, a sleep expert and Cornell social psychologist, recommends employees take a 15 minute nap when they feel sluggish to restore memory and vitality. Maas consults on workplace productivity and the benefits of napping for Harvard University, IBM, and Goldman Sachs, arguing that naps can reduce the risk of cardiovascular problems, and diabetes, contending that studies have shown that chronic drowsiness during the workday can cause slower reaction times, an inability to concentrate and remember information over long term.

Tony Schwartz, writing in the Harvard Business Review Blog Network, and New York Times, argues that companies should insist that their employees take a nap, arguing, “If encouraging employees to take a half hour nap means they can be two or three times as productive over the subsequent three hours late in the day—and far more emotionally resilient—the value is crystal clear.”

Michael J. Breus, a Clinical Psychologist and Diplomate of the American Board of Sleep Medicine, and author of Beauty Sleep., argues “sleeping at night and then taking a siesta in the afternoon—is an ideal way to keep your brain sharp, prepared to learn new things and feel refreshed.” Breus cites the examples of famous people such as Einstein, Edison, Ronald Reagan, John F. Kennedy, and Da Vinci as having a nap as a regular part of their day. Breaus suggests you incorporate these practices as part of your napping routine: Aim to take a nap 8 hours after you wake up, and no later than 3:30 p.m; target 30 minutes for a nap, allowing for 10 minutes to fall asleep and a 20 minute nap; take a reclining position; block out the light with an eye mask; and be comfortable and warm (a blanket is ideal).

The problem is that most corporate cultures remain addicted to the draining ethic of more, bigger, faster, says Schwartz, and rest by this paradigm, is for slackers. “Best practice” and smart companies such as Google recognize that napping increases productivity and have moved to create napping rooms for employees. When will other organizations recognize that this practice is a low-cost, high-return investment? 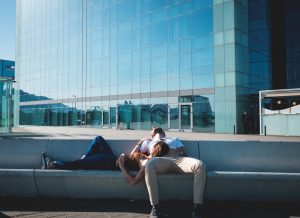 Read my latest book:Eye of the Storm: How Mindful Leaders Can Transform Chaotic Workplaces, available in paperback and Kindle on Amazon and Barnes & Noble in the U.S., Canada, Europe and Australia and Asia.