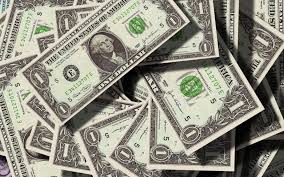 Performance bonuses for individuals, particularly CEOs, has been the norm across all industries for decades. Yet, increasing evidence indicates this is not a smart practice, that may actually detract from individual and team productivity and motivation.

That may be changing. I’ve talked and worked with an increasing number of executives and professionals who are less motivated by financial rewards as they are with other intrinsic rewards.

John Cryan, the co-CEO of Deutsche Bank, raised eyebrows , when he said that bonuses do not encourage bankers to work any harder. The German lender’s boss was reported to have said that he had “no idea” why his contract included a bonus scheme.

What Does Most Research Tell Us?

A  study by researchers in the UK and Australia has found it makes better business sense to reward team performance rather than provide bonuses to the top-performing individuals.

Other new research, based on feedback from 1,091 managers and 1,018 employees conducted by the Institute of Leadership & Management (ILM), found that emotional factors such job enjoyment, getting along with colleagues and feeling fairly treated by managers are the most effective ways of motivating employees for better performance. Only 13% of those surveyed felt that the prospect of receiving a bonus or other financial incentive motivated them to work harder.

Most previous research has found little or no cause and effect between individual financial bonuses and performance. A study by two McKinsey consultants found that shareholder returns were no higher when management had incentive plans. Data from Equilar, a company that compiles data about executive compensation, found no correlation between executive compensation and firm performance. Rewarding executives based on firm wide metrics, such as earnings per share, also famously distorts their incentives, the study found. Research  by Boris Groysberg, at Harvard University, found that bonuses in the financial sector were often unrelated to performance.

Conventional wisdom says that people will work harder and smarter in order to earn more and more money. Turns out that conventional wisdom isn’t just dead wrong; it’s tragically wrong. According to author Dan Pink,  extensive research shows that paying creative people bonuses for good performance not only demotivates them, but almost guarantees they will fail.

As for productivity, at least two dozen studies over the last three decades have conclusively shown that people who expect to receive a reward for completing a task or for doing that task successfully simply do not perform as well as those who expect no reward at all. On Incentives 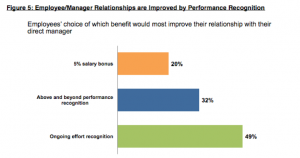 It is difficult to overstate the extent to which most managers and the people who advise them believe in the redemptive power of rewards. Certainly, the vast majority of U.S. and Canadian corporations use some sort of program intended to motivate employees by tying compensation to one index of performance or another. But more striking is the rarely examined belief that people will do a better job if they have been promised some sort of incentive.

Where Does the Rationale for Incentive Pay Come From?

We can blame previous psychological theories of behavior. Behaviorist theory—which originates actually from laboratory experiments with animals–was used to develop such practices as piece-work pay for factory workers, stock options for top executives, special privileges accorded to Employees of the Month, vacations, banquets, certificates and commissions for salespeople. And the careers and livelihoods of scores of management and HR consultants has long been based on creating endless varieties of formulas for computing bonuses. Even today I have regular conversations with well-meaning executives and management experts who advocate collaborative teamwork, participative management, continuous improvement, and other progressive ideas, who still believe that the use of financial rewards will cause personal or organizational change.

Here’s the essential question. Do rewards—financial or otherwise– work? Research suggests that rewards (or “the carrot”), like punishment (or “the stick”) only succeed at temporary compliance. However, neither rewards or punishment can produce lasting change in either attitudes or behavior. That’s because, once the reward or punishment stops, or they are not escalated, people will revert back to old behaviors. Financial incentives are extrinsic motivators and they have a limited effect. In organizational terms, they can’t create or sustain a long-term individual commitment.

Alfie Kohn, writing in the Harvard Business Review, argues “Everyone is pressuring the system for individual gain. No one is improving the system for collective gain. The system will inevitably crash.” The surest way to destroy cooperation and, therefore, organizational excellence, is to force people to compete for rewards or recognition or to rank them against each other as GE once did, and Amazon still does. Furthermore, when employees compete for a limited number of incentives, they will most likely begin to see each other as obstacles to their own success. 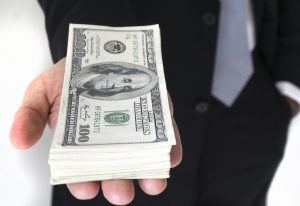 Employee engagement is declining throughout the world, particularly in the U.S. Depending on the surveys from Gallup and other organizations, employee disengagement levels are somewhere between 50-70%. Yet the typical response to this problem often is to tinker with the employee compensation programs While executives themselves may be equally influenced by other things, they still think that bonuses are the dominant incentive for most people

Bonuses and stock options can lead to unethical behavior, fuel turnover and foster envy and discontent according to Wharton management professors Adam Grant and Jitendra Singh. Instead, they say, employers should pay greater attention to intrinsic motivation. That means designing jobs that provide opportunities to make choices, develop skills, do work that matters and build meaningful interpersonal connections.

In addition to encouraging unethical behavior, financial incentives can create pay inequality, which in turn can cause turnover and harm performance. Numerous studies have shown that people judge the fairness of their pay not in absolute terms, but rather in terms of how it compares with the pay earned by peers. As a result, pay inequality can lead to frustration, jealousy, envy, disappointment and resentment. This is because compensation does not only enable us to support ourselves and our families; it is also a signal of our value and status in an organization.

Lindsay McGregor and Neel Doshi of McKinsey & Company surveyed over 20,000 workers around the world, analyzing 50 major companies, conducting scores of experiments, and scouring the landscape of academic research in a range of disciplines, concluded that a high performing work culture that emphasized play, purpose and potential for its employees and minimized financial reward were the most motivational for employees.

We have decades of research to show that intrinsic motivation has a long-term effect both at the personal and organizational level. This issue doesn’t need to be studied more to demonstrate its validity. Intrinsic motivational approaches include job autonomy and mastery, recognition, bringing meaning to the job and many other approaches. And for Gen Y, working for organizations whose culture and values reflect work-life balance and contributions to environmental and social good have equal if not superior attraction for career choices. For example, one senior executive client of mine left his job at a banking firm to move to a very different industry where the firm’s culture was far more progressive, despite receiving financial compensation that was only 50% of what he made previously.

It’s time that senior executives and their consultants came out 20th century business practices, and stopped using financial incentives to motivate employees and improve performance. It’s time to come into the 21st century.