Why Lonely Leaders are Bad for Business-How Coaches Can Help 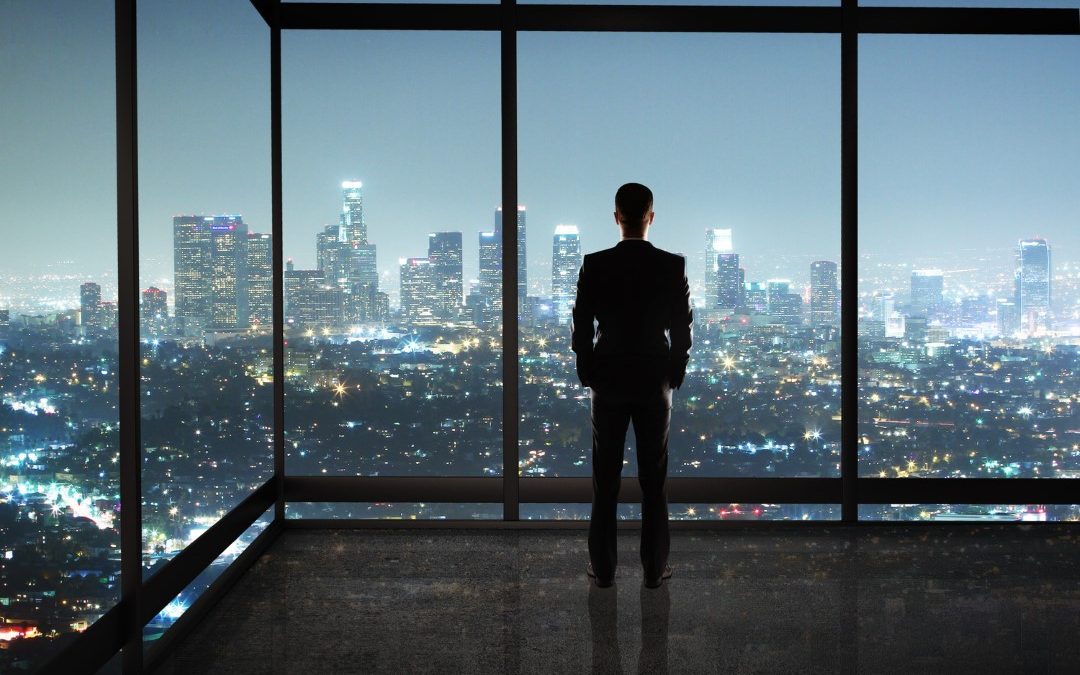 One of the most poignant lines in the Oscar-winning movie, The King’s Speech, came from Colin Firth, playing King George VI, when he muttered “I wouldn’t know” in response to his speech therapists nonchalant statement “That’s what friends are for.” 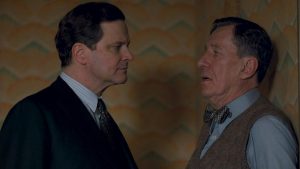 It’s common knowledge that the job of a leader–particularly CEOs– has never been more challenging, as well as under increasing scrutiny. Confidence in business and political leaders is at an all time low. What may not be as appreciated as much is how lonely the position is. While many not be inclined to sympathize with CEOs given their generous compensation and benefits, the negative impact this has on a CEO’s performance and the organization is often overlooked.

Harvard Business Review featured a story about how lonely it is to be the CEO. The article echoed what anyone who’s been a leader or run a company knows well — it’s isolating at the top. Especially for new leaders, the issue can be surprisingly unsettling.This sense of isolation is one of the most obvious themes emerging from a study – Stepping Up To CEO – published by the School for CEOs.

Thomas Joiner, in his book Lonely at the Top, says men appear to enjoy many advantages in society-on average they make more money, have more power, and enjoy a greater degree of social freedom than women. But many men pay a high price for the pursuit of success and power.

This sort of isolation is prevalent among CEOs, says Thomas Saporito, chairman and CEO of consulting firm RHR International: “The notion that it’s lonely at the top is not just a trite phrase. I’ve been at this for over 30 years, and I’ve spoken with 200 plus CEOs — there are precious few that didn’t, in the privacy of our discussions, talk about loneliness.”

RHR International, published a survey of 100 CEOs who reported, among other things, feelings of isolation. Of those surveyed, 41% said they experienced loneliness in their jobs. 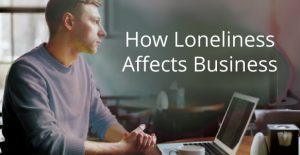 Today’s president or CEO faces more pressures than ever. Business leaders are dealing with rapidly changing markets, technologies and workforces, increased financial and legal scrutiny . . . and more. Yet, we most frequently hear of their generous compensation, perks and attention. And it is not my intention here to suggest effusing sympathy for CEOs. Rather, there should be concern about how their isolation and loneliness can have a detrimental impact on organizations.

The success rate and longevity of top executives is vast different than a generation ago. In the past two decades, 30% of Fortune 500 CEOs have lasted less than 3 years. Top executive failure rates as high as 75% and rarely less than 30%. Sydney Finkelstein, author of Why Smart Executives Fail, and David Dotlich and Peter C. Cairo, authors of, Why CEOs Fail: The 11 Behaviors That Can Derail Your Climb To The Top And How To Manage Them, argue that often powerful and successful leaders feel they don’t need advice from anyone.

A study led by David F. Larcker the Center for Leadership Development and Research at Stanford Graduate School of Business together with The Miles Group shows that CEOs do feel lonely and isolated. More than 200 CEOs, board directors and senior executives of North American public and private companies were polled in the 2013 Executive Coaching Survey which formed the basis of the study. The research looked at what kid of leadership advice CEOs and their top executives are—and aren’t—receiving. A key finding from the study was a shortage of advice at the top. Nearly 66% of CEOs do not receive coaching or leadership advice from outside consultants or coaches, while 100% of them stated that they are receptive to making changes based on feedback. 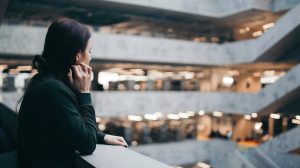 According to a poll of 83 CEOs in the U.S. conducted by management consulting firm RHR International, being the boss brought with it feelings of isolation and job requirements that varied greatly from the original expectations. According to the survey, 50% of CEOs felt secluded in the position of this group, 61% felt that this seclusion was a hindrance to their performance. First time CEOs were more negatively affected by this loneliness, with 70% reporting that it hurt them in their ability to do their job.

So what is the solution to this isolation and it’s negative impact on the leader and the organization? Certainly one solution is the use of outside advisors in the form of executive coaches.

“Given how vitally important it is for the CEO to be getting the best possible counsel, independent of their board, in order to maintain the health of the corporation, it’s concerning that so many of them are ‘going it alone,’” says Stephen Miles, CEO of The Miles Group, which was co-author of the Stanford study. “Even the best-of-the-best CEOs have their blind spots and can dramatically improve their performance with an outside perspective weighing in.”

How Coaches Can Help

According to several research studies, where CEOs do engage coaches, they typically focus on topics such as sharing leadership/delegation, conflict management, team building, and mentoring. One reason for leadership crisis we face today may be the gaps between how leaders see themselves and how others see them. Call it self-awareness. These blind spots can be career limiting. The wider the gap, the more resistance to change. It also makes it difficult to create a positive organizational culture where openness and honesty are encouraged. 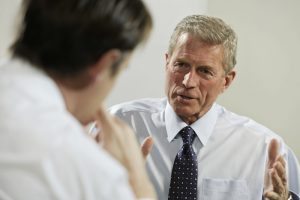 What is interesting to note is that the “softer skills” and more demanding area of compassion/empathy, self-awareness and self-management of emotions tends to be avoided by CEOs and their coaches, perhaps in part to a lack of expertise by coaches to venture into those areas. Yet, in my two decades of coaching leaders I believe this is the most important and productive area to address. Partly, it’s because of deficiencies here that often result in leader failure or disappointment.

In summary, there’s clear evidence now that it’s lonely at the top and that loneliness can not only negatively affect the leader, but have possible detrimental effects on the organization. Smart leaders and their boards will recognize the value of turning to trusted advisors such as coaches to help navigate stormy waters and keep leaders mentally and emotionally grounded.