Why Nelson Mandela Was A Great Leader 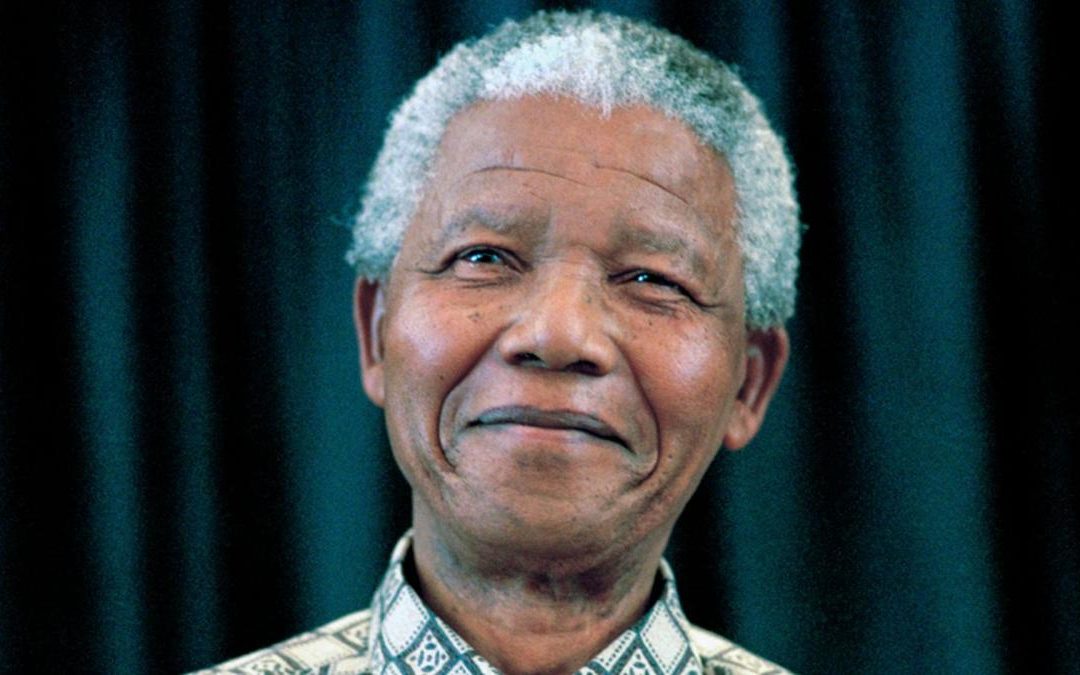 Nelson Mandela, or “Madiba” as he was affectionately known died December 5, 2013. Not only did we lose a great man and a great leader for his country, but also a shining example of the kind of leadership we so desperately need today. He left a huge inspirational vacuum.

Make no mistake, Mandela was a conversial leader. Early in his career, he embraced and advocated violence to achieve his political ends, and did not believe the non-violent protest as was used by Ghandi and Martin Luther King, would work. But Mandela’s long time in prison changed him.

Mandela lived for 27 years in prison, mostly on Robben Island, where every day with a small hammer he broke rocks apart in the blazing sun only to retreat into his only home, an 8’ by 8’ cell. 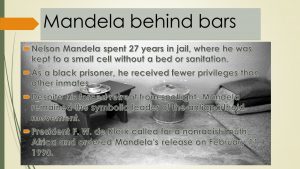 Mandela helped to unite South Africa as it dismantled apartheid, the cruel system of white minority rule. He symbolized for all of Africa a commitment to democracy and freedom.

Unlike Gandhi, who said that nonviolence and truth were inseparable, and King, who famously declared that violence was immoral, Mandela embraced armed struggle as a young man to end the racist system of apartheid.As a young politician, his rhetoric was angry, uncompromising and inspiring. His aim was to incite revolt.Ultimately, the world remembers Mandela not for his call to arms, but for his gentler call for reconciliation in a country deeply divided by race to this day.

He was a man of quiet dignity to match his towering achievements; a man with an ever radiant smile and immense and humble sense of humor. Mandela was a rare visionary who would see beyond the current struggles and pain. He was convinced that one day the best parts of humanity would prevail over the worst parts. He even inspired his enemies to be better than they had been through forgiveness and reconciliation. The Truth and Reconciliation Commission he established is a great model for achieving justice in all nations where human rights abuses occurred and pain needs to be healed.

One of the clear things that propelled Mandela to greatness amidst his suffering and depersonalization in prison, was forgiving his jailors, feeling compassion for those who had caused him pain and his desire for reconciliation. Mandela had the capacity to transcend himself for the sake of those around him and higher causes. His personal pain at causing his family to suffer, seeing the nation he led sink into corruption, and admitting his own mistakes, after all he fought for after his release from prison, never overwhelmed him nor stopped his resolve to make things better. Mandela was not a perfect man, and in acknowledging his flaws, he becomes even greater. In his latter years, Mandela acknowledged his weaknesses, his turbulent youth and his tempestuous relationship with women. Mandela once said, “one of the most difficult things is not to change society—but to change yourself.”

Zelda la Grange, Mandel’s personal assistant for almost two decades who said Mandela’s “exceptionalism” was because he inspired people to forgive, to reconcile, to be selfless and tolerant and to maintain dignity no matter what the circumstances.

What kind of leader was Mandela?

Perhaps Rabbi Meahem Mendale Schneerson, said it best in his bookToward a Meaningful Life: The Wisdom of the Rebbe Menachem Mendel Schneerson, “Is he [the leader] truly devoted to his mission, or just seeking glory? Is he truly interested in the welfare of others, or simply building a flock for his own aggrandizement? [A leader] inspires by love, not coercion…Genuine leadership must give people a long-term vision that imbues their lives with meaning; it must point them in a new direction and show how their every action is an indispensable part of a purposeful whole.”

Mandala once said, “It is better to lead from behind and to put others in front especially when you celebrate victory when nice things occur. You take the front line when there is danger. Then people will appreciate your leadership.” In many ways, Mandela was a mindful leader, having invested hugely in developing his self-awareness and managing his emotions The truly mindful leader gets their own life in order first before engaging in advising others to do the same.

What a stark contrast Mandel’s life was compared to the behavior of many political and business leaders today who take credit and want the limelight when things are going well, and blame others and avoid responsibility when things go badly. The predominant leadership style today in many organizations continues to be egocentric, aggressive, self-serving and lacking in empathy and compassion for others.

Nelson Mandala was a beacon of hope, and like Ghandhi before him, a shining example of what a leader can and should be. A man of great compassion and forgiveness and humilty. He will be sorely missed, but as has been said, ““When you live on the hearts of those you love, you will never die.”