Why We Need Kind and Generous Leaders 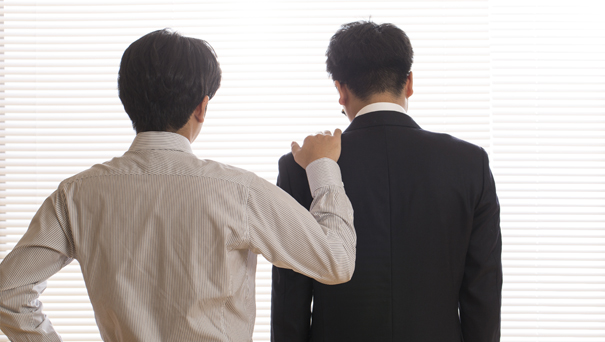 Much has been written about the need for and the power of generosity and kindness in our society, including the notion of “pay it forward.”  The expression has been popularized by the best selling novel Pay It Forward by Catherine Hyde Ryan which was adapted into a movie starring Kevin Spacey and Helen Hunt. New research shows a clear link between the act of “paying it forward” and generosity.

Paying it forward now happens on a regular basis in fast-food or drive through outlets. A record was reported reached in Winnipeg, Canada when 228 consecutive cars paid it forward at a Tim Hortons.

Adam Grant, author of the best-selling book, Give and Take: A Revolutionary Approach to Success,argues success is due often to our generosity with our time and knowledge. He identifies the population as being either givers, matchers (people who help only those who reciprocate) and takers (people who demand help but never offer). Grant suggests several easy strategies to become a giver, such as the “five-minute favor” by referring a request to someone who can be more helpful; or by asking a person who you have helped to not reciprocate to you but pay it forward to someone else.

The Greater Good Science Center at the University of California Berkeley has published a number of studies which show the positive benefits to the individual associated with generosity and giving.

The Zenger Folkman study tracked 51,836 leaders and noted that the most likable leaders who expressed warmth were also the most effective. “If you’re seen as low-warmth, you have something like a 1-in-2,000 chance to make the top quartile of effectiveness as a leader,” said Loran Nordgren, an associate professor of management and organizations at the Kellogg School.

Rob Willer of Stanford University and his colleagues in multiple universities, conducted a study to determine the nature  of generosity and reciprocity through pay it forward. They concluded, “giving resources both leads to and can be motivated by feelings of gratitude. One implication of this is that gratitude may serve as a prosocial, affective motivation leading individuals to ‘pay forward’ benefits received from one party by giving benefits to third parties.”

Their study has been replicated with participants in China, Germany, Brazil and Israel, and showed that individuals who received more generous monetary gifts subsequently gave more generous gifts. The authors concluded a generalized benefit from generosity: “When we behave generously, our kindness may benefit others we do not even know, may never meet but will nevertheless benefit.”

According to Eric Mosley and Derek Irvine, authors of the book The Power of Thanks, “Gratitude magnifies the spirit and promotes well-being. In good times and bad, authentic appreciation creates perspective, literally stepping back from the distractions of the moment and affirming something more lasting than passing circumstance.”

Kurt Gray at the University of North Carolina with his colleagues Adrian Ward and Michael Norton at Harvard University conducted an interesting study on  the subject. They presented a very different perspective by posing the question “what happens when people cannot reciprocate, but instead have the change be cruel or kind to someone entirely different by paying it forward?”

The study showed that while equal treatment was paid forward in kind, greed was paid forward more than generosity. The authors concluded that people pay greed forward as a means of dealing with negative emotions that being treated badly engender. Their research was published in The Journal of Experimental Psychology . 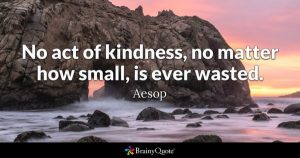 In research more consistent with the positive effects of generosity and giving, researchers at the University of California, Berkeley led by Minah Jung, also a fellow at the Greater Good Science Center, looked at what happens to commerce when there’s no set price tag.  Jung and her colleagues’ findings have been presented at the annual meeting of the Society for Personality and Social Psychology, and the Association for Consumer Research, They found that shoppers spend more money when engaged in a pay it forward chain of good will when they can name their own price. The study shed some new light on psychological and social forces such as fairness, obligation and reciprocity.

The study found people typically overestimate the financial generosity of others, until they learn what others have actually paid. The traditional pay-it-forward in this context is a pricing scheme in which customers are told that a previous customer has paid for them. The new customer then gets the opportunity to pay for someone else. The alternative “Pay What You Want” scheme is economically similar approach, in which the customers have the option to pay any price. In the other separate experiments conducted by Jung and fellow researchers with 2,400 individuals, consumers consistently paid more for another customer than for themselves.

Emma Seppala, writing in the Harvard Business Review  argues “most of the research suggests that a compassionate workplace fosters engagement not so much through material goods as through the qualities of the organizations’ leaders, such as a sincere commitment to values and ethics, genuine interpersonal kindness, and self-sacrifice. What is clear is that we’re going to have to start valuing kindness at work more.”

Part of the problem is that often when we think of people who are kind, they are sometimes overly so—and too much of a good thing is harmful. These individuals are indulgent and naïve; their benevolence is often the target of calculating, homoeconomicus looking for a free ride or easy gain. By kind, we do not mean sucker or pushover. Nor do we imply a warmly permissive leader whose underlings run wild. 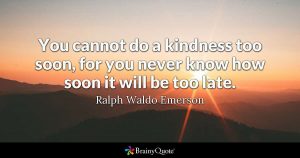 Kindness doesn’t preclude a full range of expression, including, at times, displeasure, nor should it be interpreted as excessive amicability. Compare it to the relationship between a parent and child: kindness implies an interpersonal closeness and fondness, but it comes with other baggage. It requires mutual responsibilities that a day at the beach with a buddy does not. This is because parenting goes well beyond common courtesy, the sharing

Research from The Greater Good Science Center has found that when you reconnect with your innate compassion, you’ll see a stronger connection with employees, which can lead to many positive business results.

Kindness is not the first word we associate with business. The image of business still largely includes old scenes from industrial America in the early twentieth century: the age of hard work and tough bosses. That time has passed and it’s time to jettison our outmoded concepts of the leader being an authoritarian, no-nonsense boss.

Kindness and generosity, when consistently present in the workplace, and particularly modelled by leaders, has a viral effect to the beneficial well-being of all, while contributing to productivity.

Read my latest book:Eye of the Storm: How Mindful Leaders Can Transform Chaotic Workplaces, available in paperback and Kindle on Amazon and Barnes & Noble in the U.S., Canada, Europe and Australia and Asia.